The Islamic Republic of Iran is in the middle of the world and has 31 provinces. It borders Pakistan, Afghanistan, Turkmenistan, Azerbaijan, Armenia and Iraq. Tehran, Khorasan, and Isfahan are the three most important provinces. The land area of the country is 1,648,195 square kilometers, and most of it is rough terrain. It is mostly dry or semi-dry, but there are some subtropical areas near the Caspian Sea. The total number of people is 83 million. The country's capital is Tehran, which is also the largest city with more than 8.7 million people. Mashhad and Isfahan are the next two largest cities. Mashhad International Airport (MHD), which has about 10.5 million passengers a year, is the country's largest international airport. The airport is used by all routes that go inside Iran. It is also used by routes that go to the Middle East.

Islam is the most important part of Iranian culture, since 99 percent of the people there are Muslims. Farsi, a form of Persian, is the official language. The system of law is based on both secular law and Islamic law. A theocratic republic is the type of government. Supreme Leader Ali Hoseini-Khamenei is the head of state right now, and President Hassan Fereidun Rohani is in charge of the government. Each division has its own regional government, which reports to the main government in Tehran.

The Iranian Rial is the official money (IRR). The government runs the country's economy, which has a GDP of about $1 trillion. The income per person is $11,963. Since the west has always put restrictions on the economy, growth has been slow and erratic. The services and industry sector makes up the largest part of the GDP. The economy is mostly based on oil and gas exports, with little diversification in the rest of the economy.

There are many unique natural and cultural places for tourists to see in the country. Iran is proud of its 24 UNESCO world heritage sites, 22 of which are cultural and 2 of which are natural. Esfahan, Shiraz, Tehran, Mashhad, Kish, and Ramsar are some of the most popular places for tourists to visit. Because of recent events and the sanctions that were put in place, the tourism industry as a whole has slowed down a lot. In 2019, however, 6.7 million people came to the country. 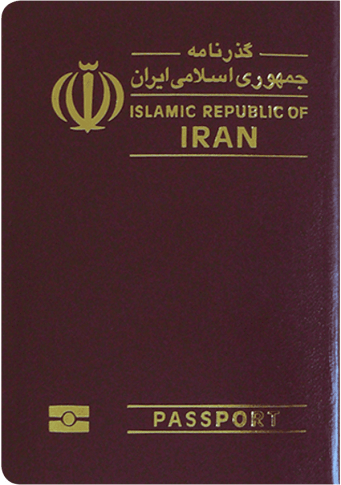 According to the SovSpot Passport Ranking Index, the Iranian passport now ranks 104th. It is regarded as one of the world's lowest-ranking passports. Only 39 countries offer visa-free travel to Iranian passport holders, including Sri Lanka, Ecuador, Turkey, and the Seychelles. An Iranian passport holder is required to obtain a visa for 190 places before going. The passport raking is low on the overall global mobility score because of this. Iranians must apply for a visa in advance for key destinations such as the United States and the European Union. Applicants must show documentation such as evidence of funds and a return airline ticket when applying for a visa.