The Dutch used to rule the 34 provinces that make up the Republic of Indonesia. It is in the southeast part of Asia. Malaysia, the Philippines, Timor-Leste, and Papua New Guinea are the countries that are close by. West Java, East Java, and Central Java are the most important provinces. Indonesia is the biggest country in Southeast Asia because it covers 1,904,569 square kilometers. In general, the weather is tropical, but the highlands have a more moderate climate. It has mostly lowlands along the coast, high mountains, tropical rainforests, and volcanoes that are still active. Over 267 million people live there, which makes it the third most populous country in Asia. Jakarta is the capital of the country. It is also the most populous city, with 10.7 million people. Surabaya and Bandung are also big cities. Soekarno-Hatta International Airport (CGK), which has 66 million passengers a year, is the largest airport. From CGK airport, you can easily fly anywhere in the world. It was named for Indonesia's first president and vice president.

Over the past two thousand years, India, China, the Middle East, and Europe have all had an effect on Indonesian culture. Islam is the most important religion there. Bhasa is the official language, but there are more than 700 others. The civil law system is based on the Roman Dutch system. It is a presidential republic and every five years, there are elections. The president is chosen by a vote with an absolute majority.

The country's official currency is the Indonesian Rupiah (IDR). The economy is open, and the country has a GDP of about $3.3 trillion. The average income of its people is $12,345. Services and industry are the two main parts that make up most of the GDP. Indonesia has the largest GDP in Southeast Asia, and a lot of its export money comes from oil and gas. It also exports coal, tin, copper, gold, rice, palm oil, tea, and coffee.

Indonesia has a lot of places for tourists to visit, both in cities and in nature. It is known for its beautiful scenery and many cultural aspects. There are 9 UNESCO world heritage sites in the country. Bali, Borneo, Komodo National Park, Mount Bromo, Lake Toba, and Jakarta, the capital, are some of the most popular places to visit. About 16 million people visit the country as tourists every year. China and Japan, which are close by, are where most of the tourists come from. 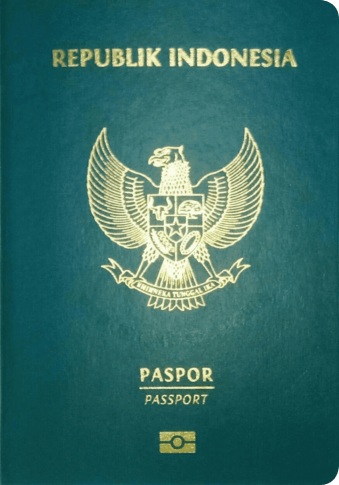