Iceland is an island country with 8 regions. The Capital Region, the Northeastern Region, and the Southern Region are the most important parts of the country. It is between the North Atlantic Ocean and the Greenland Sea in Northern Europe. With 102,775 square kilometers of land, Iceland is the 17th largest country in Europe. Most of the year, it is cold, cloudy, and windy there. Plateaus, mountain peaks, and glaciers make up most of the land. There are fjords all along the coast. About 364,134 people live there, making it one of the least populated countries in Europe. Reykjavik is the country's capital and also its most populous city, with 131,136 people. Kopavogur and Hafnarfjordur are the next ones. Most people go through Keflavik International Airport (KEF), which is the biggest airport, every year. The airport has mostly international flights that connect Iceland well to the European Union and North America.

North Germanic traditions are the most important part of Icelandic culture. Due to its isolation, Icelandic is the Nordic language that is most similar to Old Norse. The Evangelical Lutheran Church is the main faith. Icelandic is the main language. The Danish Civil Legal System is used as the basis for the legal system. The type of government is a parliamentary republic with only one branch. Every four years, elections are held.

The official currency is the Icelandic Krona (ISK). The country's economy is open, and it has a GDP of about $20 billion. The average income of its people is $56,066. Services and industry are the two main parts that make up most of the GDP. Fish, potatoes, and carrots are some of the most important things that are sent abroad.

The tourism industry and geothermal power are both big contributors to the GDP. Iceland is very popular because of its unique atmosphere and nature that hasn't been changed. There are three UNESCO world heritage sites in the country. The Blue Lagoon, Geysers, the Northern Lights, the Maelifell Volcano, the Skaftafell Ice Cave, and Kirkjufell Mountain are some of the most popular places to visit. About 2.3 million tourists visit the country every year, and most of them come from the United States and Europe. Iceland is mostly visited by tourists in the summer. 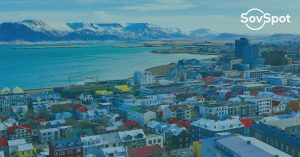 You can work remotely for any employer registered outside Iceland with the Iceland digital nomad visa. Remote workers must have a monthly salary of at 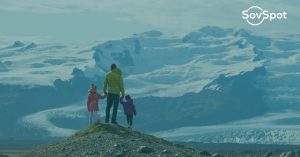 Icelandic nationality law is founded on jus sanguinis principles. In other words, the primary way to obtain Icelandic citizenship is by descent from an Icelandic 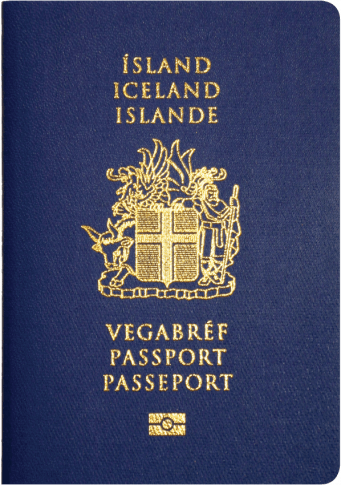 The Iceland self employed visa allows foreign nationals to live and work in Iceland as self employed individuals. This type of visa is suitable for those who wish to set up their own business or work as freelancers in Iceland. To be eligible for this visa, applicants must be at least 18 years of age and have a relevant educational qualification or professional experience. They must also have enough funds to support themselves during their stay in Iceland. The maximum period of stay for this visa is five years. After this, applicants can apply for permanent residence in Iceland.

According to the SovSpot Passport Ranking Index, the Icelandic passport is presently ranked 11th. It allows anyone to travel to 185 countries without needing a visa. It is one of the best-ranked passports in the world, with a high mobility score. Visa-free travel and visa-on-arrival are available to Icelandic passport holders in countries such as the United Kingdom, United Arab Emirates, Japan, and the European Union as a whole. This enables for almost instantaneous travel opportunities all around the world. Icelandic passport holders, on the other hand, need a visa to visit around 44 countries around the world. China, India, and Russia are among the countries that require a visa.