There are 19 counties in Hungary, which is part of the European Union. Budapest, Pest, and Borsod-Abaj-Zemplén are the counties that are the most important. The country is in the middle of Europe and shares borders with Croatia, Slovenia, Austria, Slovakia, Ukraine, Romania, and Serbia. With an area of 93,030 square kilometers, Hungary is the 18th largest country in Europe. It has a European Continental climate, with dry, warm summers and cold, snowy winters. Most of the land is flat, but there are some hills and low mountains near the border with Slovakia. With 9,7 million people, it is the 13th most populated country in the European Union. Budapest is the country's capital, and with 1.7 million people, it is also the most populous city. The next cities are Debrecen and Szeged. Budapest Ferenc Liszt International Airport (BUD), with 16 million passengers a year, is the largest airport. Debrecen International Airport (DEB), which has 381,000 passengers a year, is the second largest airport. Together, the two airports cover both domestic and international routes that connect Hungary to the rest of the world and the European Union.

The culture of Hungary is based on old folk traditions and the history of the country's old kingdom. There are many different religions, and none of them seem to be the most important. The official language is Hungarian. The legal system is similar to the German Civil Legal System. It is a parliamentary republic with elections every four years, there are elections.

The official currency is the Hungarian Forint (HUF). The country's economy is open, and it has a GDP of about $350 billion, which makes it the 22nd largest economy in Europe. The average income of its people is $35,941. Services and industry are the two main parts that make up most of the GDP. Some of the most important things to export are goods made from mining, building materials, textiles, wheat, and corn.

Hungary has both urban and natural places for tourists to visit. There are 8 places in the country that are on the list of UNESCO World Heritage Sites. The Buda Castle, the Danube, the Hungarian Parliament Building, the Caves of Lillafüred, and Hortobágy National Park are some of the most popular places to visit. About 61 million tourists visit the country every year, and most of them come from Europe and the countries near it. 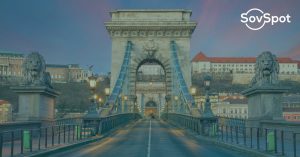 Like Digital Nomad Visas in other European countries, the Hungary digital nomad visa allows digital nomads to work remotely in Hungary for any foreign employer 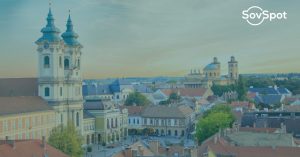 You can acquire Hungarian citizenship if you have Hungarian ancestors up to the third generation. Hungary allows you to apply based on your parents, grandparents, 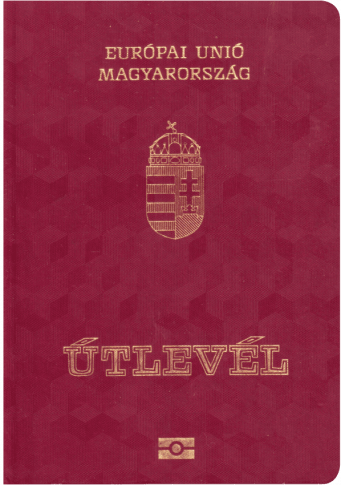 The Hungary Residence Permit for the Pursuit of Gainful Activity is available to foreign nationals who wish to reside in Hungary for the purpose of engaging in a business activity. The permit is valid for one year and can be renewed for an additional two years. After that, the permit holder must apply for a permanent residence permit. If you lawfully resided in the territory of Hungary continuously for at least the preceding five years before the application was submitted you can also apply for citizenship.

According to the SovSpot Passport Ranking Index, the Hungarian passport is presently ranked 10th. It allows people to travel to 187 countries without needing a visa. It is one of the best-ranked passports in the world, with a high mobility score. Visa-free travel and visa-on-arrival are available to Hungarian passport holders in countries such as the United Kingdom, United Arab Emirates, Japan, and the European Union as a whole. This enables for almost instantaneous travel opportunities all around the world. Hungarian passport holders, on the other hand, need a visa to visit around 42 countries around the world. China, India, and the Russian Federation are among the countries that require a visa.

Hungary's statute regarding citizenship by descent differs slightly from those of other EU nations. The greatest benefit of Hungarian citizenship rules is that you are eligible for citizenship if you speak Hungarian and have a Hungarian ancestry.

As long as you can prove you have a Hungarian ancestor in your direct line, there is no limit to how far back you can trace your family tree (beginning with your parents and going back further).