Haiti used to be a French colony, but now it is its own country. It has 10 different parts and is in the Caribbean. It shares a border with the Dominican Republic and is on the west side of the island of Hispaniola. The most important ones are Nord, Ouest, and Artibonite. The Republic of Haiti is 27,750 square kilometers in size. It has a mostly tropical climate, with some semiarid areas in the east. Its landscape is made up of rough mountains, plains along the coast, and valleys. There are more than 11,400,000 people living there. Port au Prince is the country's capital and largest city, with more than 2.7 million people living there. Delmas, Pétionville, and Port-de-Paix are three other important cities in the country. Toussaint Louverture International Airport is the biggest airport (PAP). Named after Toussaint Louverture, who led the Haitian revolution. It links the country to places in North America, the Caribbean, and France.

The culture of the Republic of Haiti comes from a mix of European, African, and Taino roots. Roman Catholicism is the main faith of the country. French and Creole are the official languages of the country. The legal system is based on civil law, but the Napoleonic Code also has an effect on it. A semipresidential republic is the type of government with elections every 5 years.

The country's official currency is the Haitian Gourde (HTG). Haiti's economy is open, and it has a GDP of about $19.9 billion. This makes its economy the 31st largest in Latin America and the Caribbean. It has a $1,819 income per person. Services, industry, and agriculture are the sectors that add to the GDP. Haiti's GDP depends a lot on money sent home by Haitians who work abroad and on money from other countries. The top exports are textiles, clothing, coffee, mangoes, sugar, and cocoa.

The Republic of Haiti is a developing tourist spot with few things to do right now. It is famous for its beautiful beaches and nature. One natural site is on the list of UNESCO World Heritage Sites. Even though the government is doing a lot to promote tourism, not many people are staying overnight. La Citadelle, La Ferriere, Jacmel, the Furcy Forest, and the Sans Souci Palace are some of the most popular places to visit. Haiti gets about 938 thousand tourists every year. Most of them come for the day on cruise ships. 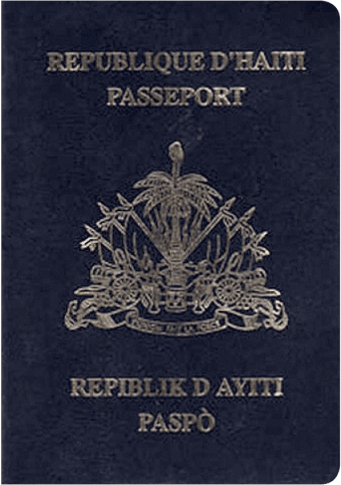 According to the SovSpot Passport Ranking Index, the Haitian passport is now ranked 93rd. It only allows visa-free travel to 51 countries. Visa-free travel and visas on arrival are available to Haitian passport holders in countries such as the Philippines, Singapore, Kenya, and Iran. Visas are required for Haitian citizens to travel to 178 countries across the world, including China, Russia, the United States, and the whole European Union. Because of the hefty visa requirement, the mobility score is relatively low.