Heart of the Mayan World

There are 22 departments in the Republic of Guatemala. The most important departments are Guatemala, Alta Verpaz and Huehuetenango. It is in Central America, and it shares borders with El Salvador, Honduras, Belize, and Mexico. It is made up of 108,889 square kilometers of land. There are three types of land in the country: highlands, coast, and lowlands. The weather there is tropical, but the highlands are cooler. About 17.2 million people live in the country as a whole. Guatemala City is the country's capital. It is also the city with the most people, with more than 2.8 million people living there. Mixco and Villa Nueva are two other important towns. La Aurora International Airport (GUA), which has more than 3 million passengers a year, is the largest airport in the country. It is the fourth busiest airport in Central America because of this. The airport connects to places in the region and in North America.

Culture in Guatemala is a mix of Spanish and native ways of life. Most of the people there are Catholic. Spanish is the main language. Guatemala's legal system is based on civil law, and acts of the government can be reviewed by the courts. A presidential republic is the type of government. The President is both the head of state and the head of government.

The Guatemalan Quetzal (GTQ) is the country's official currency. The country's economy is open, and it has a GDP of about $145 billion, making it the 10th largest economy in the Caribbean and Latin America. The average income of its people is $8,413. Most of the GDP comes from the manufacturing and farming sectors. Exports of things like textiles, clothing, furniture, chemicals, sugar, and bananas from these sectors are very important to the economy as a whole. Also, up to 10% of the GDP comes from money that Guatemalans living abroad send back home.

Guatemala is becoming more popular as a place to visit because of its beautiful beaches and nature. The main things that tourists do are go to markets, hike, trek, dive, and watch animals. There are three places that are on the list of UNESCO World Heritage Sites. The Mayan Ruins of Tikal, Antigua Guatemala, Lake Atitlán, the Chichicastenango Market, and Semuc Champey are some of the most popular places to visit. Every year, there are about 2.5 million tourists who visit Guatemala. The majority of tourists come from the Americas. The country has built cruise ship ports so that big cruise lines can schedule stops there and bring more tourists for the day. 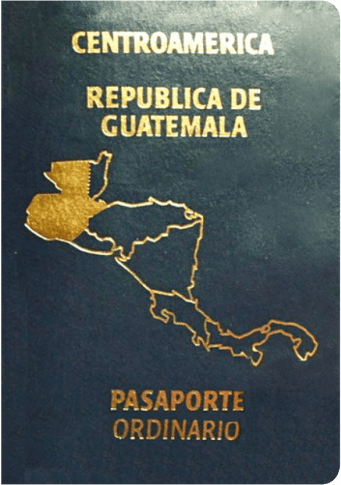 According to the SovSpot Passport Ranking Index, the Guatemalan passport is now ranked 38th. It allows people to travel to 136 countries without needing a visa. As a result, it has a good overall mobility score and is a desirable passport. Visa-free travel and visa-on-arrival are available to Guatemalan passport holders in countries such as Singapore, the United Kingdom, Russia, Israel, and the entire European Union. This enables for practically quick travel to some of the world's most popular destinations. Visas are required for about 93 destinations for Guatemalan passport holders. China, the United States, and Australia are among the countries that require a visa.