The Hellenic Republic is in the European Union and has thirteen provinces. Albania, Northern Macedonia, Bulgaria, and Turkey are all close by. Attica, Crete, and the Southern Aegean are the most important provinces. Greece is the 15th largest country in Europe because it is 131,957 square kilometers big. It has a temperate climate, with mild and rainy winters and hot and dry summers. Most of the land is made up of mountains. It has a long coast with many beaches, beautiful peninsulas, and islands like Santorini and Mykonos that are known all over the world. The total number of people is over 10,7 million. The country's capital is Athens, which is also the largest city with 3.1 million people. Thessaloniki and Patras are the next two largest cities. Athens International Airport (ATH), which has 25 million passengers a year, and Heraklion International Airport (HER), which has 7.9 million passengers a year, are the two largest airports. Athens International Airport has a lot of flights to Europe and good connections to the rest of the world.

Greek culture has changed over thousands of years, and the main religion is the Greek Orthodox Church. The country speaks Greek as its main language. The law is based on Roman law and is called civil law. It is a parliamentary republic, which is a type of government.

The country's official currency is the Euro (EUR). The country's economy is open, and it has a GDP of about $310 billion. This makes it the 21st largest economy in Europe. The average income of its people is $29,045. Services and agriculture are the two main parts of the GDP that make up most of it. Its main exports are textiles, chemicals, olives, wine, wheat, corn, and barley.

The tourism industry is also a big part of the economy. Greece has a lot of different places to visit that are urban, natural, historic, and old. It is known for the ancient Greek sites and beautiful resorts that were built there. Also, it's a great place to visit because it has a lot of history and great food. The Acropolis, Santorini, Mykonos, Delphi, Corfu, and Rhodes are some of the most popular places to visit. There are also 20 UNESCO world heritage sites in the country. This makes it a very popular place for people to visit in Europe. About 33 million tourists visit the country every year, and most of them come from Europe and the United States. 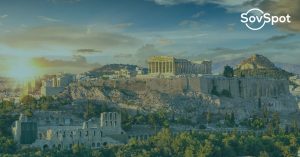 The Greek government first announced the Greek Digital Nomad Visa in the summer of 2021, allowing remote workers and internet entrepreneurs to live and work 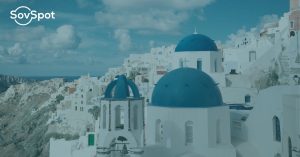 Any person of Greek heritage born outside of Greece has the legal right to obtain Greek citizenship through a parent or grandparent born in Greece. 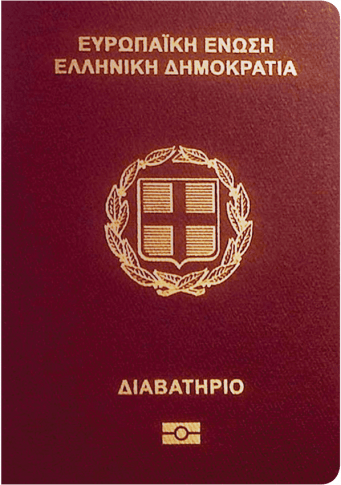 The Greece Golden Visa program offers three different types of options for investors: 1) real estate, 2) business investment and 3) passive investment. Each option has its own set of requirements, but all options provide a path to residency and eventually citizenship in Greece.