The European Union is made up of 17 federal states, and the Federal Republic of Germany is one of them. Denmark, Poland, the Czech Republic, Austria, Switzerland, France, Belgium, Luxembourg, and the Netherlands are all close by. North Rhine-Westphalia, Bavaria, and Baden-Württemberg are the most important ones. Germany is 357,022 square kilometers in size. It is now the seventh largest country in Europe. It has a temperate climate in most of the country, and a marine climate along the coast. In the south, there are mountains, in the middle there are hills, and in the north there are lowlands. The total number of people is over 83 million. The country's capital is Berlin, which is also the most populous city with 3.7 million people. After Berlin, Hamburg and Munich are the next most populous cities. Frankfurt Airport (FRA), with more than 70 million passengers a year, is the biggest airport. Next comes Munich Airport, with 48 million passengers a year. The Frankfurt Airport is the fourth largest in Europe and has flights to every part of the world.

The German people have been living with their culture for hundreds of years. The majority of people believe in Christianity. German is the main language. The system of law is called "civil law." The type of government is a federal parliamentarism.

The country's official currency is the Euro (EUR). The country's economy is open, and it has a gross domestic product (GDP) of about $4.45 trillion. This makes it the largest economy in Europe. The average income of its people is $53,571. Most of the GDP comes from the service sector and the industry sector. Machines, cars, chemicals, and steel are the main things it exports. The country is one of the leaders in the world when it comes to technology and production methods, and this is mostly because it has a very skilled and diverse workforce.

Germany has a wide range of urban, cultural, and natural places for tourists to visit. It is best known for its cities, castles, mountains, and sea, all of which draw tourists in the winter and summer. It has 43 places that are listed as UNESCO world heritage sites. The capital, Berlin, the Cologne Cathedral, the Black Forest, Neuschwanstein Castle, the Rhine valley, and the Zugspitze mountain are some of the most popular places to visit. About 38 million people visit the country as tourists every year. The United States and Europe are where most tourists come from. There is no official digital nomad visa in Germany. You can, however, apply for a freelancer visa (Freiberufler), which allows you to work remotely for 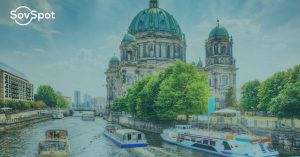 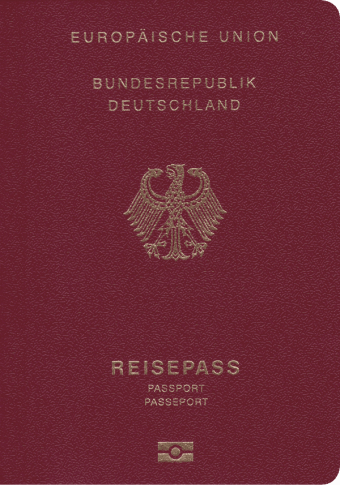 Germany has only 1 residency by investment option. As the German economy continues to grow, the EU Blue Card program will continue to be an important tool for attracting top talent from outside the European Union.

In Germany, you can only petition for citizenship by descent via the first generation. The German nationality of Nazi victims and their descendants can be extended to the third generation through family ties. In addition, under the new citizenship regulations, Germany provides citizenship to a broader variety of candidates who can demonstrate their parent, grandparent, or great-grandparent lost their citizenship during the Nazi era.