The Gabonese Republic is an ex-colony of France. It is made up of nine provinces and is located in Central Africa. It shares borders with Equatorial Guinea, Cameroon, and the Democratic Republic of Congo. Estuaire, Haut Ogooué, and Ogooué-Maritime are the most major provinces. With a surface size of 267,667 square kilometers, it is Africa's 30th largest country. As a result, it is one of the continent's smaller countries. It has a tropical climate that is always hot and humid. A narrow coast plain, savannah, and hills characterize the country's geography. There are over 2 million people in the city. Libreville, the country's capital and most populated city, has a population of about one million people. Port-Gentil, Franceville, and Oyem are also prominent cities in the country. Léon-Mba International Airport is the largest (LBV). It has an annual passenger volume of about 1 million persons. It connects the country to African, French, and Turkish destinations. It is named after former politician Léon-Mba, the country's first President.

In 1960, the Gabonese Republic declared independence from France. Gabon's culture is influenced by a blend of customs and French ancestry. The country is religiously diverse, with Christians constituting the majority. French is the country's official language. The legal system is based on civil law and customary law from France. President Ali Bongo was elected as the country's chief of state in a presidential republic. Elections are held every seven years.

The Central African CFA franc (XAF) is the country's official currency. Gabon has an open economy, with a GDP of around $38.2 billion dollars. It has a $18,647 per capita income. Services and industry are the two main contributors to GDP. The oil sector, which accounts for about 45 percent of the country's GDP, provides the majority of the country's income. Manganese, gold, cocoa, coffee, and sugar are among the other exports.

Gabon is an emerging tourism destination with a limited range of activities. It is well-known for its wildlife and historical landmarks. Sightseeing and animal watching are the two main tourist attractions. Loango National Park, the capital Libreville, Ivindo National Park, Pongara, Fernan Vaz Lagoon, Franceville, and Akanda National Park are some of the most popular sites. On average, around 155,000 tourists visited the country each year. 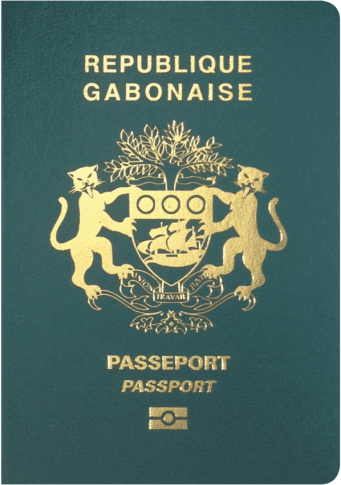 According to the SovSpot Passport Index, the Gabonese passport is currently ranked 88th. It allows visa-free travel to 56 countries. Visa-free travel and visa-on-arrival are available to Gabonese passport holders in countries such as Indonesia, the Philippines, Singapore, Ghana, and Iran. Gabonese citizens, on the other hand, need a visa to visit 173 countries around the world, including China, Japan, Russia, the United States, and the European Union as a whole. Because of the high visa requirement, the mobility score is poor.