I wish I was in Finland

Finland is divided into 19 regions and is a member of the European Union. Sweden, Norway, and Russia are the countries that border the country. Uusimaa, Pirkanmaa, and Southwest Finland are the most important regions. The country covers 338,455 square kilometers of land. It is now Europe's eighth largest country. It has a climate that is a mix of maritime and continental. The landscape consists primarily of flat plains, lakes, and low hills. There are over 5.5 million inhabitants in the city. Helsinki, the country's capital, is also the country's most populous city, with 656,229 residents, followed by Tampere and Turku. Helsinki – Vantaa International Airport (HEL) is the busiest airport, with over 21 million passengers per year, followed by Oulu Airport (OUL) with 1 million. Helsinki Airport is Europe's 30th largest airport, with flights to every corner of the globe.

Finland's culture is influenced by both Nordic and European cultures. The primary religion is Lutheranism. Finland's official languages are Finnish and Swedish. The legal system is based on the Swedish civil law system. A parliamentary republic is the government type.

The Euro (EUR) is the country's official currency. The country has an open economy, with a GDP of around $257 billion, ranking it as Europe's 24th largest economy. Its people earn $49,334 per year as a per capita income. The services and industries sectors account for the majority of GDP. Metals, metal products, electronics, machinery, barley, and wheat are the principal exports. However, the country is heavily reliant on exports and has already showed susceptibility when the global economy has slowed.

Finland has a diverse range of urban, cultural, and natural tourism attractions. It is particularly well-known for its northern region of Lapland, which attracts visitors both in the winter and summer. There are seven UNESCO world heritage sites in the country. The Suomenlinna Fortress, the Helsinki Churches, the Aland Archipelago, the Northern Lights, Turku, and Oulu are just a few of the significant attractions. In total, more than 6.8 million tourists visit the country each year. The vast majority of visitors come from Europe. The country, particularly Helsinki, is a significant port for cruise ships making their way north to the arctic circle. 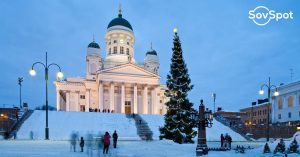 How to get Finnish Citizenship by Descent

Finnish citizenship by descent is a process that can be initiated if you have one or more Finnish parents or grandparents. If you meet the 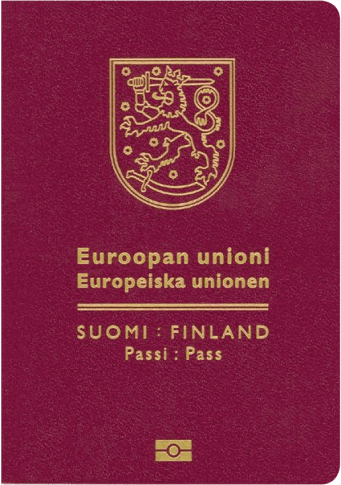 Finland offers a self-employment visa for entrepreneurs who want to start their own business in the country. This visa allows foreign nationals to live and work in Finland for up to four years, with the possibility of renewing the visa for an additional four years. To be eligible for this visa, entrepreneurs must have a viable business plan and enough financial resources to support themselves and their family during their stay in Finland. In addition, they must be able to demonstrate that they have the necessary skills and experience to successfully start and run a business in Finland.

If your father passed away before your birth, you are still eligible for citizenship in the following scenarios:

In extraordinary situations, you may be eligible for a residence visa in Finland for up to two generations. If you have or had a parent or grandparent who is or was a Finnish citizen, you can immigrate to Finland, be termed a returnee, and apply for a residence visa for returnees.