Where Happiness Finds You

The Island Republic of Fiji is made up of 14 provinces and was once a British colony. Nadroga, Bua, and Ba are the most important provinces. The country is an island nation in the South Pacific Ocean with around 330 islands. The topography of the country is made up of volcanic mountains and rich tropical rainforest. It has a tropical marine climate with relatively minor seasonal temperature changes. The population is estimated to be 926,276 people. Suva, the country's capital and most populated city, with a population of 77,366 people. Lautoka and Nadi are two other prominent cities. Nadi International Airport (NAN) is the country's busiest international airport, serving 2.3 million people annually. As a result, it is the busiest airport in the area. The airport connects to destinations throughout Oceania, China, and Taiwan.

Because Fiji was established three and a half thousand years ago, it is governed by old traditions. Protestantism has the biggest percentage of adherents (45 percent ). Fijian and English are the official languages. The legal system in Fiji is based on English common law. A parliamentary republic governs the country. Every four years, elections are held.

The Fiji Dollar (FJD) is the official currency. The country has an open economy, with a GDP of over $9.1 billion, making it Oceania's fourth largest economy. The per capita income of its residents is $10,251. The services and industries sectors account for the majority of GDP. Tourism, together with the manufacture of the "Fiji Water" brand and remittances from Fijians working abroad, play a significant economic role.

The Republic of Fiji offers a wide range of natural tourism opportunities. It is noted for its expansive beaches and natural beauty, as well as having one UNESCO World Heritage Site. The Blue Lagoon, Bouma National Heritage Park, Denarau Island, Pacific Harbour, and the Great Astrolabe Reef are just a few of the significant attractions. Fishing, scuba diving, watersports, surfing, and hiking are the most popular tourist activities. Every year, approximately 900,000 tourists visit the island nation, the bulk of which are from New Zealand and Australia. The Republic of Fiji has been the setting for a number of Hollywood film productions, which has increased the country's attractiveness as a tourist destination. 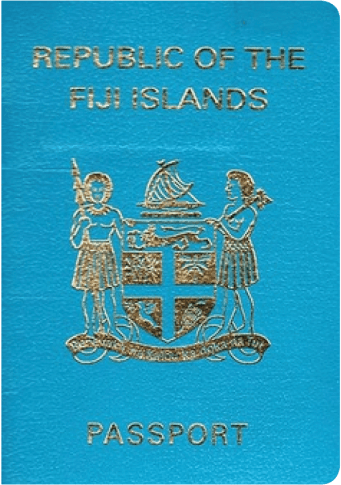 Fiji offers a residency by investment program that provides the opportunity to live and work in the country on a permanent basis. After a total of 5 years of permanent residency, proof of English and an Oath of Alligance you can apply for Fiji citizenship.

According to the SovSpot Passport Ranking Index, the Fijian passport is presently ranked 60th. It allows entrance to 90 countries without requiring a visa. It receives a medium mobility score as a result of this. Visa-free travel and visa-on-arrival are available to Fijian passport holders in countries such as Singapore, Russia, China, Kenya, and Israel. A visa is required for Fijian citizens to enter 139 countries. This high visa requirement results in a low mobility score and necessitates extensive trip planning prior to departure. Taiwan, the United States, and the whole European Union are among the countries that require a visa.