Estonia is made up of 15 counties and is a member of the European Union. Harju, Tartu, and Ida-Viru are the most important counties. The country is part of the Baltic States, and it has borders with Latvia and Russia. With a surface size of 45,227 square kilometers, Estonia is Europe's 29th largest country. It has a maritime climate with mild winters and cool summers. In the lowlands, the landscape is swampy, hilly in the south, and flat in the north. It has a population of 1.3 million inhabitants, making it one of the European Union's smallest countries. Tallinn, the country's capital and most populous city, has a population of 437,619 people. Tartu and Narva are two other prominent cities. Tallinn Airport (TLL) is the country's busiest airport, with 3.2 million passengers per year. The airport connects Estonia to Europe and Africa on both domestic and international routes.

Estonian culture is influenced by Germanic roots and combines Nordic and European elements. There has a multicultural population, and more than half of the population does not practice any religion. Estonian is the official language. The Civil Law is the foundation of the legal system. A parliamentary republic is the government type.

The Euro (EUR) is the country's official currency. The country has an open economy, with a GDP of $49.6 billion dollars, putting it in 36th place in Europe. Its people earn $37,033 per year on average. The GDP is primarily composed of two primary sectors: services and industries. Wood, textiles, grain, and vegetables are among the most important export items.

Estonia has a diverse range of historic tourism locations, both urban and natural. It draws visitors because of its distinct culture and mix of heritages. In the country, there are two UNESCO world heritage sites. Tallinn, Tartu, Lahemaa National Park, Parnu, Narva Castle, and Soomaa National Park are some of the most popular destinations. Every year, roughly 3.8 million tourists visit the country, the bulk of which are from Europe and its neighboring nations. 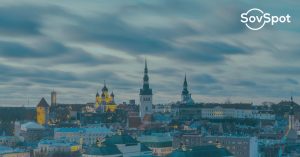 The Estonia digital nomad visa is intended for persons who desire to work remotely for any employer registered outside of Estonia while residing in Estonia. 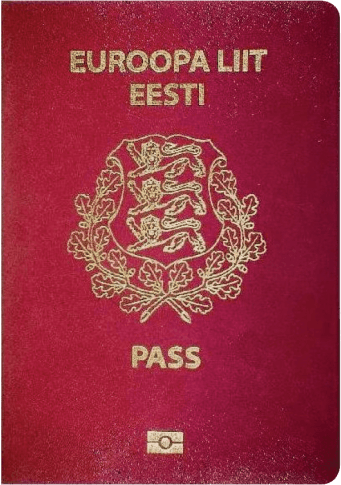 Estonia is a small country with a lot to offer. In recent years, it has become known for its innovative approach to governance, and one of the most notable examples of this is the Estonia e-residency program.

According to the SovSpot Passport Ranking Index, the Estonian passport is presently ranked 12th. It allows people to travel to 184 countries without needing a visa. It is one of the best-ranked passports in the world, with a high mobility score. Visa-free travel and visa-on-arrival are available to Estonian passport holders in countries such as the United Kingdom, United Arab Emirates, Japan, and the European Union as a whole. This enables for almost instantaneous travel opportunities all around the world. Estonian passport holders, on the other hand, need a visa to visit around 45 countries around the world. China, India, and Australia are among the countries that require a visa.