El Salvador's Republic is divided into 14 departments. San Salvador, Santa Ana, and San Miguel are the most prominent departments. The country is bordered by Guatemala and Honduras in Central America. With a total area of 21,041 square kilometers, it is Central America's tiniest country. With a central plateau and a coastal belt, the country's geography is largely mountainous. It has a tropical climate, however certain areas are cooler than others. It is the second least populated country in Central America, with a population of approximately 6.4 million people. San Salvador is the country's capital. It is also the most populated city, having a population of approximately 2.4 million people. Santa Ana, San Miguel, and Santa Tecla are three other large cities. El Salvador International Airport Saint Oscar Arnulfo Romero y Galdamez (SAL) is the country's busiest airport, with over 3.4 million passengers annually. This places it as Central America's third busiest airport. The airport connects to regional and international destinations.

The culture of El Salvador is a blend of Spanish and indigenous influences. The Christian faith is practiced by the majority of the population. Spanish is the official language. The Salvadorian legal system is based on civil law, with legislative acts subject to judicial review. A presidential republic is the government form. President Nayib Bukele serves as both the chief of state and the head of government.

Since 2001, the US Dollar (USD) has been the official currency. In 2021 the country also adopted a Bitcoin Standard, making El Salvador the first country in the world to recognize Bitcoin as legal tender and an official currency. The country has an open economy, with a gross domestic product of $53.6 billion, ranking 14th among Caribbean and Latin American countries. Its people earn an average of $8,388 per year. The industrial and agricultural sectors account for the majority of GDP. With the exportation of items including coffee, sugar, textiles, clothes, gold, iron, and steel, these industries are very vital to the economy. Furthermore, remittances from Salvadorans living abroad account for up to 16 percent of the country's GDP.

El Salvador is a popular tourist destination with historic cities and beaches. Surfing, coffee excursions, hiking, diving, and animal watching are among the most popular visitor activities. Two UNESCO world heritage sites are located in the area. La Libertad, Apaneca, San Ignacio, Ruta de las Flores, La Palma, Santa Ana, Nahuizalco, Apaneca, and Suchitoto are some of the most popular locations. Every year, around 2.6 million tourists visit El Salvador. The majority of visitors come from the Americas. 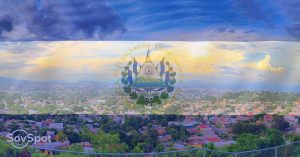 How to get El Salvador Citizenship by Descent

If you have Salvadoran ancestry and are looking to obtain El Salvador citizenship by descent, there are a few things you need to know. 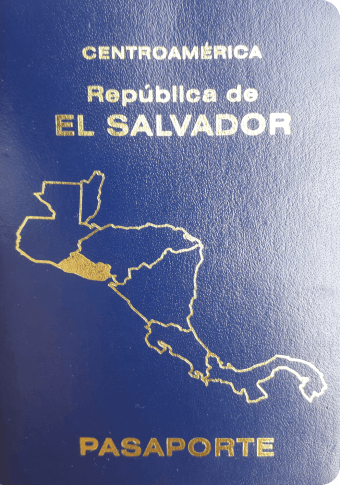 According to the SovSpot Passport Ranking Index, the Salvadorian passport is presently ranked 37th. It allows people to travel to 137 countries without needing a visa. As a result, it has a good overall mobility score and is a desirable passport. Visa-free travel and visa-on-arrival are available to Salvadorian passport holders in countries such as Singapore, the United Kingdom, Russia, Brazil, and the entire European Union. This enables for practically quick travel to some of the world's most popular destinations. Salvadorian passport holders, on the other hand, need a visa to visit 92 countries. China, India, the United States, and Australia are among the countries that require a visa.