Where it all begins

Egypt's Arab Republic is divided into 27 governorates. It borders Sudan, Libya, Israel, the Red Sea, and the Mediterranean Sea in North Africa. Cairo, Giza, and Sharqia are the most important governorates. The overall size of the country is 1,010,408 square kilometers. The area is dominated by a huge arid flat, with the Nile Valley and Delta providing the main breaks. Egypt's climate is desert-like, with a hot season from May to October and a cool season the rest of the year. Egypt has a population of about 100 million people, making it Africa's third largest country. Cairo is the country's capital. With a population of nearly 9.5 million people, it is also the most populated city in the country. Cairo International Airport (CAI) is the largest airport, with an annual passenger flow of about 14 million. It is Africa's second busiest airport. It connects Egypt to all of the world's continents.

Islam is the dominant culture of Egypt. The Muslim community accounts for 90% of the entire population. Arabic is the official language. The legal system combines Islamic religious law with Napoleonic civil and criminal law. A presidential republic is the government form.

The Egyptian Pound is the official currency (EGP). The country has an open economy, with a gross domestic product of $1.3 trillion. The average household income is $14,023. The services and manufacturing sectors account for the majority of GDP. Petroleum products, tourism, the Suez Canal, and remittances from Egyptians working abroad provide for the vast majority of Egypt's revenue. Furthermore, with the assistance of foreign governments, the country continues to improve economic conditions by modifying and implementing reforms.

Egypt is one of Africa's most visited tourist attractions. Tourists can visit the country's many natural and culturally unique sites. Seven UNESCO world heritage sites are located throughout the country. The Pyramids of Giza, the Karnak Temple, Aswan, Abu Simbel, and the white desert are among the most popular tourist locations. Cairo, as the country's capital, also has excellent museums and exhibitions that showcase the country's history and natural beauty. 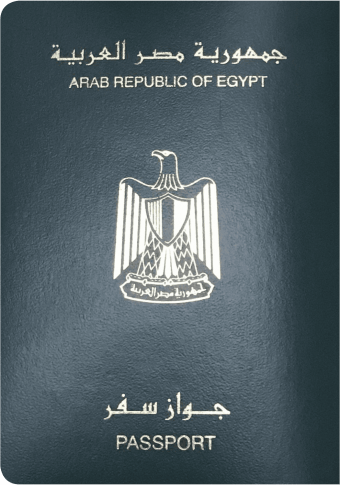 According to the SovSpot Passport Ranking Index, the Egyptian passport is presently ranked 93rd. It allows citizens of 51 countries to travel without a visa. An Egyptian passport holder is required to obtain a visa for 178 places before going. Because of the high visa requirement, the mobility score is poor. Egyptians must apply for a visa in advance for key locations such as the United States and the European Union. Documents such as evidence of funds and a return flight ticket are required for visa applicants."