All you need is Ecuador

Ecuador is a former Spanish colony that is divided into 24 provinces. Guayas, Pichincha, and Manab are the most important provinces. Ecuador has a total size of 283,561 square kilometers. Peru, Colombia, and the Pacific Ocean surround the country in West South America. The landscape of the country can be categorized into three categories. Sierra Nevada can be found in the central highlands, whereas rainforests can be found in the east and coastal plains along the shore. Because of the numerous elevations, the climate is highly diverse. The climate is tropical at the shore and in the jungle, although it cools off inland. There are over 17 million inhabitants in the country as a whole. Quito is the country's capital. The most populated city, however, is Guayaquil, which has a population of almost 2.6 million people. Mariscal Sucre International Airport (UIO) is the country's busiest international airport, with 5.1 million passengers per year. This places it as South America's 20th busiest airport. It is named for Antonio José de Sucre, a pro-independence politician. The airport connects to locations in the Americas and Europe.

Ecuadorian culture is shaped by its Spanish and indigenous ancestors. Christians account for the vast bulk of the population. Spanish is the official language. The legal system in Ecuador is based on Chilean civil law. A presidential republic is the government form.

The United States Dollar is the official currency (USD). The country has an open economy, with a gross domestic product of of $202 billion. This places it as the ninth largest economy in Latin America and the Caribbean. Its people earn an average of $11,701 per year. The service and manufacturing sectors account for the majority of GDP. Agriculture, however, plays a significant part in the export of bananas, coffee, and cacao. Oil exports continue to be enormously important, accounting for one-third of all exports. The country went into recession in 2015 and has been steadily recovering since then.

Ecuador is a famous tourist destination due to its tremendous cultural and natural resources. The famed Galapagos Islands are located here, as are four additional UNESCO world heritage sites. The capital Quito, Cotopaxi National Park, the Devil's Nose, and the Baos de Agua Santa hot springs are just a few of the significant attractions. Hiking, animal watching, and sightseeing are the most popular visitor activities. Every year, roughly 3.5 million people arrive from all over the world to visit the country. The government intends to improve its tourism offers. 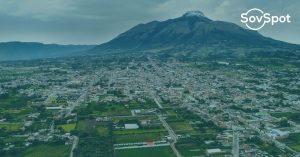 Digital nomads and remote workers looking to stay two years in Ecuador can now apply for the Rentista visa, which offers up new opportunities for 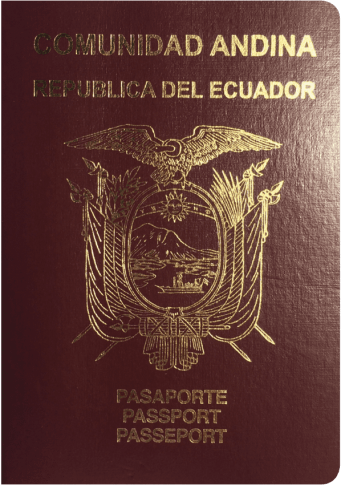 Ecuador residency is a good option for a number of reasons. First, Ecuador offers a very attractive tax regime for residents. There is no Ecuadorian income tax on foreign-earned income, and Ecuador also has a number of double taxation treaties with other countries. This means that Ecuador residency can be a very tax-efficient way to structure your affairs.

According to the SovSpot Passport Ranking Index, the Ecuadorian passport is presently ranked 57th. It allows citizens of 95 countries to travel without a visa. It receives a medium mobility score as a result of this. Visa-free travel and visas on arrival are available to Ecuadorian passport holders in countries such as Singapore, Russia, China, Brazil, and Turkey. Ecuadorian nationals require a visa to visit over 134 countries across the world. This necessitates some extensive travel planning. The European Union as a whole, the United States, and Australia are all visa-required destinations." According to the SovSpot Passport Ranking Index, the Egyptian passport is now ranked 93rd.