Dominican Republic has it all

The Dominican Republic is made up of 31 provinces and was once a Spanish colony. Santo Domingo, Santiago, and Distrito Nacional are the most important provinces. In the Caribbean, the country occupies two-thirds of the island of Hispaniola, which it divides with Haiti. It covers a total of 48,671 square kilometers. Rugged mountains and highlands dot the country's landscape, with fertile valleys in between. It has a tropical marine climate with little difference in temperature throughout the year. The population totals more than 10.8 million people. Santo Domingo, the country's capital and largest city, has a population of more than 3 million people. Punta Cana International Airport (PUJ) is the country's busiest international airport, serving 7 million passengers annually. The airport connects to places all over the world, primarily for tourist purposes.

The Dominican Peso (DOP) is the official currency. The country has an open economy, with a GDP of around $215 billion dollars. The per capita income of its residents is $20,625. The services and industries sectors account for the majority of GDP. As one of the most visited countries in the Caribbean, tourism plays a significant role. The Dominican Republic is also growing its mining operations by beginning extraction at Pueblo Viejo, one of the world's largest gold and silver mines.

The Dominican Republic is a popular vacation spot for visitors from all over the world. It is noted for its stunning beaches and natural beauty. The Colonial City of Santo Domingo, Punta Cana, Las Galeras, and Jarabacoa are just a few of the important locations. Santo Domingo's Colonial City has been designated as a UNESCO World Heritage Site. Fishing, watersports, and hiking are the most popular tourist activities. Every year, more than 6 million tourists from all around the world come to see the country. 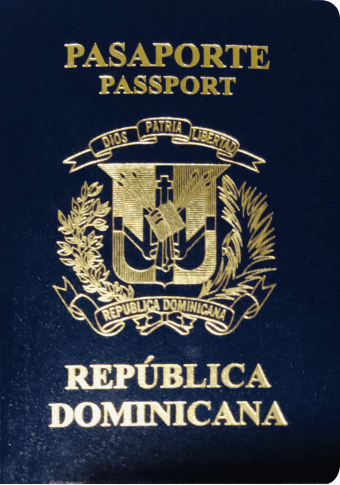 According to the SovSpot Passport Ranking Index, the Dominican Republic's passport is now ranked 77th. It allows visa-free travel to 67 countries. This results in an overall mobility score of medium-low. Visa-free travel and visas on arrival are available to Dominican passport holders in countries such as Singapore, South Korea, Taiwan, Israel, and Egypt. Dominicans, on the other hand, need a visa to visit around 162 countries throughout the world, which necessitates extensive travel planning. The European Union as a whole, the United States, and Australia are all visa-required destinations.