Dominica is a former British colony with 10 parishes that make up the Commonwealth of Dominica. Saint George, Saint Paul, and Saint Andrew are the most important parishes. The Caribbean island nation is located midway between Trinidad & Tobago and Puerto Rico. It covers an area of 750 square kilometers. Rugged volcanic mountains define the country's landscape. It has a tropical climate with a lot of rain. The population is estimated to be around 71,625 people. Roseau, the country's capital and largest city, is also the country's most populous city. Portsmouth and Marigot are two other large cities. Douglas-Charles Airport is the country's busiest airport (DOM). It is named after Rosie Douglas and Pierre Charles, two former prime ministers. Only regional destinations are served by the airport.

Dominican culture is a blend of African, indigenous, and European influences. The Catholic faith is practiced by the majority of the population. English is the official language. The legal system in the Dominican Republic is based on English common law. A parliamentary republic governs the country. President-elect Charles A. Savarin is the chief of state, and Prime Minister Roosevelt Skerrit is the head of government.

Since 1976, the Eastern Caribbean Dollar (XCD) has been tied to the US dollar at a rate of XCD 2.7. The country has an open economy, with a GDP of $688 million, putting it in last place among Caribbean and Latin American countries. Its residents have a $9,726 per capita income. The services and agricultural sectors account for the majority of GDP. As a source of GDP, tourism is becoming increasingly important. The government is working hard to secure new ecotourism and cruise ship development agreements with tourism businesses. Dominican agricultural exports, such as citrus fruits and bananas, are still quite important.

Dominica is becoming more well-known as a tourist destination. The country is concentrating on ecotourism and has formed a deal with Green Globe to that end. Market visits, hiking, trekking, diving, and wildlife watching are popular visitor activities. There is only one UNESCO world heritage site in the country. The Morne Trois Pitons National Park, the Boiling Lake, the Victoria Falls, the capital Roseau, and the Champagne Reef are just a few of the key attractions. Every year, roughly 200,000 tourists visit Dominica, the vast majority of them are day guests from cruise ships. 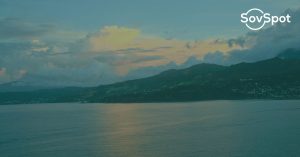 Anyone over the age of 18 who wants to work remotely can apply for a Dominica digital nomad visa. Employees and business owners are welcome 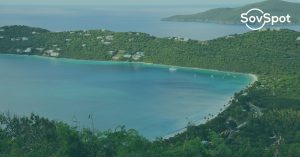 The Dominica citizenship by investment program was established in 1993. The country is well-liked by investors: between 2017 and 2020, 4,192 Dominica passports were issued. 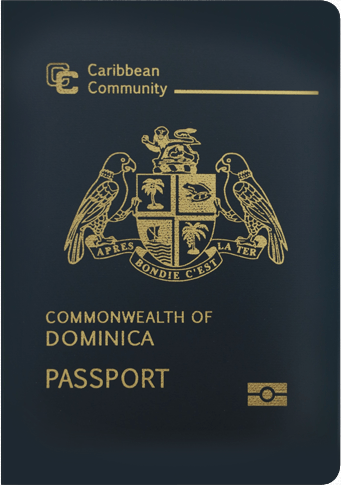 The Dominica Citizenship by Investment (CBI) Program provides an opportunity for individuals and families to become citizens of Dominica in exchange for a qualifying investment. It is one of the faster programs to get an additional citizenship at a reasonable price tag.

According to the SovSpot Passport Ranking Index, the Dominican passport is presently ranked 32nd. It allows entrance to 146 countries without requiring a visa. As a result, it has a good overall mobility score and is a desirable passport. Visa-free travel and visa-on-arrival are available to Dominican passport holders in countries such as China, Singapore, the United Kingdom, Russia, Israel, and the whole European Union. This enables for practically quick travel to some of the world's most popular destinations. Visas are required for roughly 83 places for Dominican passport holders. The United States and Australia are two countries that require a visa.. Dominica has a program that allows anyone to become a citizen by investing in the country. Applicants can gain Dominica citizenship and a passport in four months after completing a due diligence process and making the required financial contributions to the country.