Denmark is divided into five regions and is a member of the European Union. Hovedstaden, Sjaelland, Syddanmark, Midtjylland, and Nordjylland are the five areas. Denmark covers 42,933 square kilometers of land. Germany is the nation's lone bordering country, having a 140-kilometer boundary. It has a temperate climate, with warm winters and cool summers. Its terrain is generally low and flat, with some rolling plains thrown in for good measure. There are 5.8 million people in the city. Copenhagen, the country's capital and most largest city, has a population of 794,128 people. Aarhus and Odense are two other prominent cities. Copenhagen Airport (CPH) is the busiest airport, with 30.2 million passengers per year, followed by Billund Airport (BLL) with 3.5 million. Copenhagen Airport is Europe's 17th busiest airport, with flights to every corner of the globe.

Denmark's culture is closely linked to those of its Scandinavian neighbors. In terms of tolerance and accepting policies, it is one of the most progressive countries in the world. Danish is the official language. The legal system is based on civil law, with any legislation subject to judicial review. A parliamentary constitutional monarchy is the government type. Queen Margrethe II is the head of state, and the Prime Minister is the head of government.

The Danish Krone (DKK) is the country's official currency. The country has a modern market economy, with a GDP of around $299 billion, ranking it as Europe's 23rd largest economy. Its people earn $51,643 per year on average. Services (75%) and industry (25%) account for the majority of GDP (22 percent ). Wind turbines, medicines, medical equipment, ships, barley, and pork are among its key exports. Denmark's economy grows at a moderate rate of around 2% each year.

Denmark, being Europe's oldest kingdom, offers a diverse range of historic and natural attractions for visitors. It is recognized for its architecture as well as its beaches. The Tivoli Gardens, Nyhavn, the National Museum of Denmark, Christiansborg Palace, and the Lyngby Open Air Museum are just a few of the significant attractions. Copenhagen has evolved into a forward-thinking culinary destination, with numerous Michelin-starred chefs on staff. Every year, more than 7.7 million tourists come to the country. The majority of visitors come from Germany and the Scandinavian countries that surround it.

If one of your parents is a Danish citizen, you are born with Danish citizenship. Children under the age of 12 who are adopted by 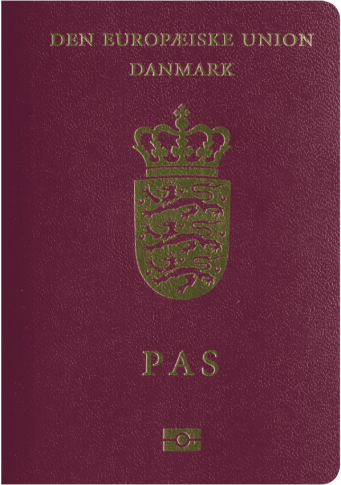 In Denmark, the government has created a visa program for start-ups. This is an attempt to make it easier for entrepreneurs to get started and to create new jobs. The visa program offers a number of benefits, including access to resources and support from the government, as well as assistance in finding funding. After 9 continuous years of residence in Denmark, you can apply for citizenship (you will have to also take a Danish language and Citizenship test.

Denmark exclusively grants citizenship through one's parents. Therefore, children born on July 1, 2014 are Danish citizens if one of their parents is a Dane, regardless of where they were born. For those born prior to this date, however, there are special rules based on whether parent was a Danish citizen and if they were born in Denmark.