The landlocked Czech Republic is divided into 14 regions and is a member of the European Union alongside Germany, Poland, Slovakia, and Austria. Central Bohemia, Prague, and Moravian-Silesian are the most important regions. Czechia is one of the smaller countries in the European Union, with a surface area of 78,866 square kilometers. It has a continental climate with relatively cold winters and dry, warm summers. Rolling plains in the west and steep terrain in the east define its geography. The population totals more than 10.6 million people. Prague, the country's capital, is also the country's most populous city, with 1.3 million residents. Brno and Ostrava are two other prominent cities. With 17 million passengers each year, Václav Havel Airport Prague (PRG) is the country's busiest airport. Prague Airport has flights to almost every country in the world. This contributes to the country's considerable touristic success.

Czech culture is impacted by a variety of historical events that shaped the country and its people. A considerable portion of the population is unaffiliated with any religion. Christianity is the most widely practiced religion (38 percent ). Czech is the country's official language. The civil code is the legal system. A parliamentary republic is the government type.

The Czech Koruna (CZK) is the country's official currency. The country boasts a thriving economy, with a GDP of around $432 billion, placing it as Europe's 16th largest economy. Its people earn an average of $40,585 per year. The GDP is primarily composed of two primary sectors: services and industries. Automobile manufacture, which is also the country's largest industry, accounts for about 80% of all exports.

Czechia has a wide range of tourist locations and attractions, both urban and natural. It has 14 UNESCO world heritage sites and is noted for its cultural and ecological history. Sightseeing, hiking, skiing, and wine tasting are all popular visitor activities. The Prague Castle, the Charles Bridge, the Karlovy Vary Glassworks, and the Bohemian Paradise are just a few of the significant attractions. Prague, the capital, is very popular, with over 8 million visitors per year. Every year, approximately 22 million tourists visit the country, the majority of which are from Germany, Russia, Slovakia, and the United States. 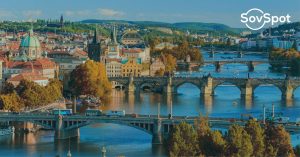 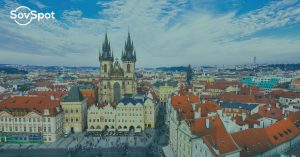 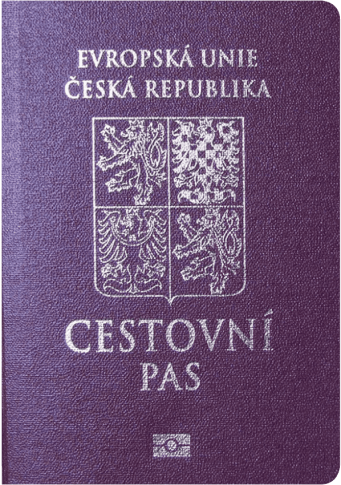 A long-term visa application can only be submitted within the Czech Republic. You must submit the application on a properly filled-out form along with all statutory requirements. However, you must always submit the original or an official copy of the documents.

According to the SovSpot Passport Ranking Index, the Czech passport is presently ranked 9th. It allows access to 188 countries without the need for a visa. As a result, it is one of the world's most sought passports, having a very high mobility score. Visa-free and visa-on-arrival entry is available to Czech passport holders in countries such as Brazil, Japan, the United Kingdom, the United Arab Emirates, the United States, and the European Union as a whole, allowing for nearly quick travel around the world. Czech passport holders, on the other hand, need a visa to visit around 41 countries around the world.

The Czech Republic grants citizenship by descent until the second generation, therefore if your parents or grandparents were Czech nationals, you may be eligible for Czech citizenship.

If your parents were not married and only your father was a Czech citizen, your parents must present proof of paternity to the Registry Office. This could be a declaration signed by both parents, a DNA test, or a court order.