Cyprus in your Heart

Cyprus is divided into six districts and is a member of the European Union. Nicosia, Limassol, and Larnaca are the most major districts. Turkey to the north, Lebanon to the west, and Greece to the southeast border the island nation in the Eastern Mediterranean. With a surface size of 9,251 square kilometers, Cyprus is one of the smallest countries in the European Union. It has a Mediterranean climate with warm summers and mild winters. A central plain and mountains to the north and south define the landscape. With a population of over 1.1 million inhabitants, it is one of the European Union's least populous countries. Nicosia, the country's capital and most populous city, is the country's most populous city. Limassol and Strovolos are the next cities on the list. Larnaca International Airport (LCA) is the busiest, with over 8.2 million passengers per year. The airport has flights to and from Europe, the Middle East, and Russia.

Cypriot culture has a long history, with influences from both Turkish and Greek cultures. There is a multicultural mix, with Orthodox Christianity predominating. Greek and Turkish are the official languages. The legal system is a hybrid of common law and civil law. A presidential republic is the government type. The President is the president of state and the head of government.

The Euro (EUR) is the country's official currency. The country has an open economy, with a GDP of around $35.9 billion, putting it near the bottom of the European Union. The per capita income of its residents is $41,572. The services sector accounts for the majority of GDP. Tourism, real estate, shipping, and banking are the most major contributors to the GDP, accounting for more than 80% of the total. Citrus, vegetables, barley, and olives are among the products exported by Cyprus. In Cyprus, tourism is a significant aspect of the economy.

There are numerous historic and natural attractions throughout the country. There are three UNESCO world heritage sites in the area. Sailing, diving, fishing, and hiking are all popular holiday activities. Ancient Kourion, St. Hilarion Castle, Larnaca, Ancient Salamis, Cape Greco, and Nissi Beach are just a few of the significant attractions. Every year, roughly 3.9 million tourists visit the country, the bulk of which are from the United Kingdom, Russia, and Israel. 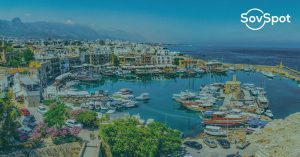 Cyprus has terminated its current citizenship by investment scheme, effective November 1, 2020. We will go over the specifics of the Cyprus CBI program in

Cyprus is a full member of the European Union (EU), hence Cypriot citizens are also EU citizens. For citizenship by descent, Cyprus allows you to 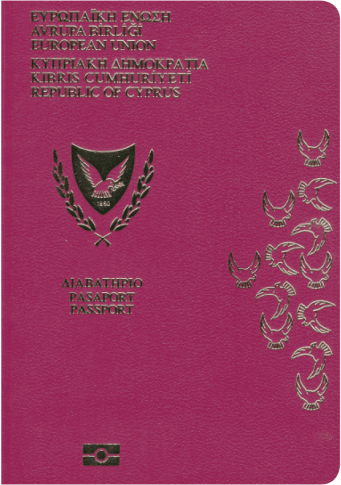 According to the SovSpot Passport Ranking Index, the Cypriot passport is presently ranked 16th. It allows anyone to travel to 177 countries without needing a visa. It is one of the highest-ranking passports in the world, with a high mobility score. Visa-free travel and visa-on-arrival are available to Cypriot passport holders in countries such as the United Kingdom, United Arab Emirates, Japan, and the European Union as a whole. This enables for almost instantaneous travel opportunities all around the world. Cypriot passport holders, on the other hand, need a visa to visit 52 countries around the world. China, India, and the United States are among the countries that require a visa.

Citizenship through descent is only available through the first generation. To satisfy the general conditions for Cypriot citizenship by origin, you must be at least 18 years old and:

If your parents become eligible for British citizenship, remember that particular conditions apply.