Cuba is a country made up of 15 provinces on an island. La Habana, Santiago de Cuba, and Holguin are the most important provinces. The country is located 150 kilometers south of Key West, Florida, in the Caribbean. The island measures 109,884 square kilometers in size. The country's landscape is mostly flat, with some harsh plains and mountains. It has a tropical climate with two distinct seasons: a dry season from November to April and a wet season from May to October. The population is estimated to be at 11.1 million people. Havana, the country's capital and most populous city, with 2.1 million residents, followed by Santiago de Cuba, which has 555,865 residents. With 5.7 million passengers per year, José Marti International Airport (HAV) is the country's busiest airport. This places it as the Caribbean's third busiest airport. It is named after José Marti, a Cuban national hero. The airport connects to locations all around the world.

Cuba's culture is dominated by African and Spanish influences. Christians account for the vast bulk of the population (59 percent ). Spanish is the official language. Cuba's legal system is based on the civil code of Spain. The government is set up in the form of a communist state. President Miguel Diaz-Canel is the head of state. Prime Minister Manuel Marrero Cruz is in charge of the government.

The Cuban Peso (CUP) is the official currency. The economy is entirely controlled by the government, with a GDP of around $100 billion in 2017. Its people earn an average of $8,541 per year. The Communist Party of China has resolved to implement measures in 2019 that will encourage privatization and international investment. The services and industries sectors account for the majority of the GDP, with tourism and agricultural commodities accounting for the large majority of the country's income. Sugar, tobacco, citrus, coffee, and nickel are all major exports.

Cuba is a popular Caribbean destination because it has a diverse range of urban and natural tourism attractions. It is well-known for its expansive beaches and colorful buildings. There are seven UNESCO world heritage sites and seven natural biosphere reserves in the country. The historic center of Havana, Varadero, Cayo Coco, the Che Guevara Mausoleum, and the Plaza de la Revolucion are just a few of the significant attractions. Sightseeing, beaches, diving, and hiking are the most popular visitor activities. Every year, more than 4.2 million tourists visit the country, the bulk of which are from Canada and Europe. 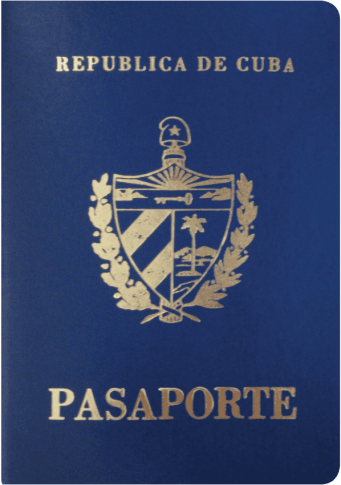 According to the SovSpot Passport Ranking Index, the Cuban passport is now ranked 81st. It allows visa-free travel to 63 countries. As a result, it has a low total mobility score. Visa-free travel and visas on arrival are available to Cuban passport holders in countries such as Singapore, Uzbekistan, Russia, Kenya, and Qatar. Cuban passport holders, on the other hand, need a visa to visit around 166 countries around the world. This necessitates some extensive travel planning. The European Union as a whole, the United States, and Australia are all visa-required destinations.