Croatia is made up of 20 counties and is a member of the European Union. Zagreb, Split-Dalmatia, and Osijek-Baranja are the most important provinces. Slovenia, Hungary, Serbia, and Bosnia & Herzegovina are all neighbors in Southeastern Europe. Croatia has a surface size of 56,594 square kilometers, making it Europe's 26th largest country. It has a Mediterranean and temperate climate. Low mountains and highlands adjacent to the Adriatic coast, as well as flat plains on the Hungarian border, make up the topography. With a population of over 4 million inhabitants, it is one of the European Union's least populous countries. Zagreb, the country's capital and most populous city, has a population of roughly 804,000 people. Split and Primorje-Gorski are the next two cities. Zagreb Airport (ZAG) is the largest airport, with 3,4 million passengers per year. Split Airport (SPU) is the country's second busiest airport, with 3.3 million people annually. Both airports connect Croatia to the European Union and the Middle East on local and international routes.

Croatian culture is a blend of Roman, Byzantine, and Balkan influences. The Roman Catholic religion is the most widely practiced. Croatian is the official language. The legal system is founded on civil law, with Austro-Hungarian influences. A parliamentary republic is the government type. The elected President is the chief of state, and the Prime Minister is the head of government.

The Croatian Kuna (HRK) is the official currency. The country has an open economy, with a GDP of $117.9 billion dollars. Its residents have a $29,207 per capita income. The GDP is primarily composed of two primary sectors: services and industries. The tourist industry is a significant contribution to GDP, accounting for 19.6%. Wheat, corn, barley, sugar, chemicals, and machine tools are among the most important export items.

Croatia is one of the world's most popular tourist destinations, ranking among the top 20. Around the country, there are ten UNEECO world heritage sites. Dubrovnik, the Diocletian Palace, Hvar, the Plitvice Lakes National Park, and Rovinj are just a few of the important destinations. Every year, around 19.7 million tourists visit the country, the vast majority of which are from Europe and its neighboring nations. 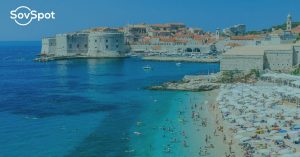 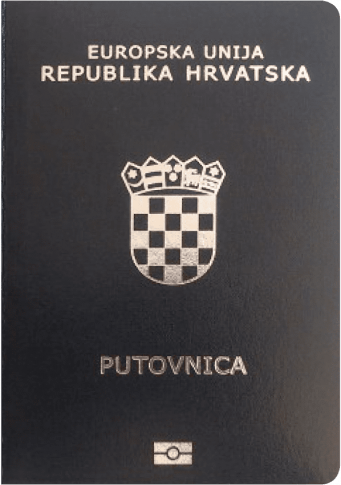 According to the SovSpot Passport Ranking Index, the Croatian passport is presently ranked 18th. It allows entrance to 175 countries without requiring a visa. It is one of the best-ranked passports in the world, with a high mobility score. Croatian passport holders can travel to nations including the United Kingdom, the United Arab Emirates, Japan, and the European Union without a visa. This enables for almost instantaneous travel opportunities all around the world. Croatian passport holders, on the other hand, need a visa to visit 54 countries around the world. China, India, and the United States are among the countries that require a visa.

You have until your 21st birthday to register in the civil registration if you were born abroad to Croatian parents (in the event your parents did not record your birth, and you want to apply for citizenship in Croatia.)