Costa Rica is a former Spanish colony that is divided into seven provinces. San José, Alajuela, and Cartago are the most important provinces. It is bordered by Panama and Nicaragua in Central America. The country covers 51,100 square kilometers of land. Coastal plains and rocky volcanic mountains define the landscape. It has a tropical and subtropical climate with two seasons: a dry season from December to April and a wet season from May to November. There are over 4.9 million inhabitants in the city. San José, the country's capital and most populated city, has a population of over 324,188 people. Alajuela and Cartago are two other large cities. With almost 5.3 million yearly passengers, Juan Santamara International Airport (SJO) is the country's busiest airport. This makes it Central America's second busiest airport. It is named for Juan Santamara, a national hero. The airport connects you to destinations all over the world.

The Spanish colonial legacy continues to have a profound influence on Costa Rican culture. The Catholic faith is practiced by the majority of the population. Spanish is the official language. The legal system in Costa Rica is based on the Spanish civil code. The Supreme Court reviews legislative acts. A presidential republic is the government form. The president holds the positions of chief of state and head of government.

The Costa Rican Colón (CRC) is the official currency, with a current exchange rate of CRC 613 to the US dollar. The country has an open economy, with a GDP of $95.7 billion dollars. This places it as the 14th most populous country in the Caribbean and Latin America. Its people earn an average of $18,651 per year. The services, industry, and agriculture sectors account for the majority of GDP. As a source of GDP, tourism is becoming increasingly important. Costa Rican exports are based on agricultural items such as coffee and bananas.

Costa Rica is one of the most popular tourist destinations in the world. There are numerous urban and natural tourism sites throughout the country. It is well-known for its beautiful beaches and natural surroundings. Throughout the county, there are four UNESCO world historic sites. The Manuel Antonio National Park, the Arenal Volcano, the Monteverde woods, and the city of San José are just a few of the significant attractions. Every year, around 3 million tourists visit Costa Rica, the vast majority of whom are from North America. 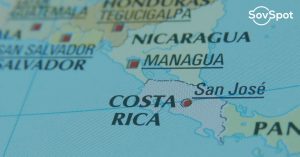 The Costa Rica rentista visa is granted to freelancers, self-employed individuals, or anyone who can prove a fixed monthly income of $2,500. It can be 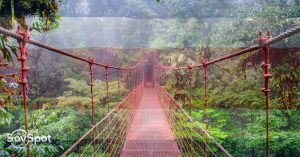 In Costa Rica, working remotely from the beach has always been an option, but with the official introduction of the digital nomad visa it is more practical now. 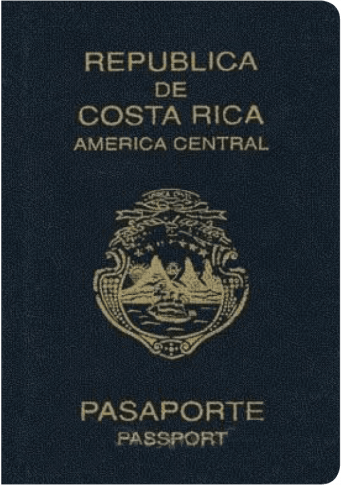 Costa Rica offers several options for residency, each with its own benefits and requirements. The most popular option is to obtain a Costa Rican pensionado visa, which allows retirees to live in Costa Rica on a permanent basis. After 7 years of permanent residency (living at least 6 months out of each year in Costa Rica), you can apply for citizenship.