The Republic of the Congo is a former French colony. It has 86 districts and is located in Central Africa. Angola, the Democratic Republic of Congo, Gabon, Cameroon, and the Central African Republic are its neighbors. Brazzaville, Pointe Noire, and Cuvette are the most prominent districts. With a surface size of 342,000 square kilometers, the Republic of the Congo is Africa's 27th largest country. It has a tropical environment with high temperatures and humidity. Plateaus, lowlands, and basins characterize its landscape. There are over 5.2 million inhabitants in the city. Brazzaville, the country's capital and largest city, has a population of over 2.3 million people. Pointe Noire, Dolisie, and Nkayi are also prominent cities in the country. Maya Maya International Airport is the largest (BZV). It has a yearly passenger throughput of around 900,000 persons. It connects the country to African and European locations, as well as France.

In 1960, the Congo Republic declared independence from France. Its culture is influenced by a blend of tribal and French influences. The country's primary religion is Christianity (88 percent ). French is the country's official language. The legal system is founded on civil and common law in France. A presidential republic is the government form. Every five years, elections are held.

The Central African CFA franc (XAF) is the country's official currency. Congo has an open economy, with a GDP of over $32.5 billion dollars. This places it as Africa's 30th largest economy. It has a $7,119 per capita income. Services, industry, and agriculture all contribute to GDP. Agriculture and a large industrial sector based on oil extraction and refinery make up its production. Oil, cement, lumber, cassava, and sugar are the principal export items.

Congo is a growing tourism destination with few attractions. It is well-known for its national parks and biodiversity. One natural UNESCO world heritage site exists. Primate tracking, such as gorilla tracking, and animal watching are the most popular tourist activities. The Parc National d'Odzala, Brazzaville, Pointe Noire, and the Lac Télé Reserve are some of the places to visit. The Democratic Republic of the Congo receives 351,000 tourists each year. 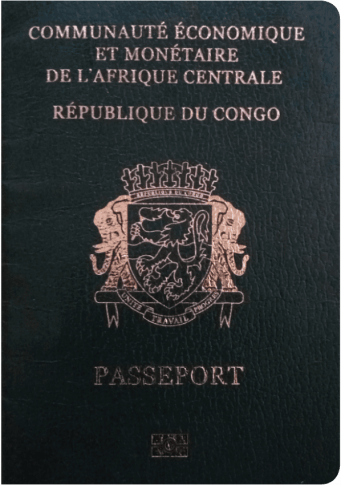 According to the SovSpot Passport Ranking Index, the Congolese passport presently ranks 95th. It allows visa-free travel to 48 countries. Visa-free travel and visa-on-arrival are available to Congolese passport holders in countries such as the Philippines, Singapore, Kenya, and Iran. Congolese people need a visa to travel to 181 countries across the world, including China, Russia, the United States, and the European Union as a whole. Because of the hefty visa requirement, the mobility score is relatively low.