The Union of the Great Islands

The Comoros Union is a former French colony made up of three islands. Ngazidja, Ndzuwani, and Mwali are the three islands. It is situated on Africa's east coast, in the Indian Ocean. Mozambique and Tanzania are the nearest countries on the African continent. With a surface size of 1,861 square kilometers, it is one of Africa's smallest countries. Volcanic high mountains and low slopes dominate the landscape. It has a tropical marine climate with a wet season from November to May. The total population is estimated to be 850,688 people. Moroni, the capital and largest city in the country, with a population of approximately 55,000 people. Moutsamoudou and Fomboni are two other prominent cities in the county. Prince Said Ibrahim International Airport (HAH) is the largest airport, with an estimated annual passenger flow of 160,000 persons. It connects Comoros to a variety of African and island destinations. The airport was named after former Prime Minister Prince Said Ibrahim.

Islam is the dominant religion in the country. Muslim people make up the vast bulk of the population. French, Arabic, and Comorian are the official languages. The legal system combines French civil law, sharia law, and customary law. The President is elected Chief of State and Head of Government, and the government is a federal presidential republic.

The Comorian Franc (KMF) is the country's official currency. The country has an open economy, with a GDP of around $2.44 billion, making it Africa's second-last economy. It has a $2,799 per capita income. The GDP is largely comprised of two primary sectors: services and agriculture. The country is reliant on foreign aid, and agriculture and remittances from citizens living abroad account for the majority of its GDP. Spices, vanilla, cloves, fish, cinnamon, and perfume essences are among the country's principal exports.

The Comoros Union is a growing tourism destination with many natural wonders. It is well-known for its extensive beaches and water sports. Boating, fishing, and diving are all popular pastimes. Mohéli, Fomboni, Anjouan, Grande Comore, the capital Moroni, Petite Terre, and Mount Ntigui are just a few of the important destinations. The islands receive roughly 35,000 tourists each year. 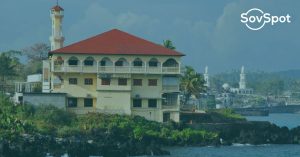 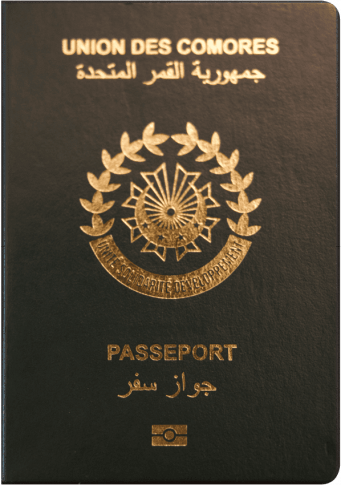 According to the SovSpot Passport Ranking Index, the Comorian passport is now ranked 92nd. It allows visa-free travel to 52 countries. Bangladesh, the Philippines, Singapore, Panama, and Iran offer visa-free entry and visas on arrival to Comorian passport holders. This country's passport holders require a visa to enter around 177 countries throughout the world. China, Russia, India, the United States, and the whole European Union are among the countries that require a visa. As a result of the high visa requirement, the overall mobility score is low.