The Colombian Republic is divided into 32 departments. It's in the northwestern part of South America. Ecuador, Peru, Brazil, Venezuela, and Panama are the country's neighbors. Capital, Antioquia, and Valle del Cauca are the most important departments. Colombia covers 1.1 million square kilometers of land. As a result, it is South America's fourth largest country. Throughout its geography, the country features a diverse range of terrains. It has a climate that ranges from tropical to a cooler highland environment in the highlands. A total of 50.3 million people live in the country. Bogotá is the country's capital. It is also the most populated city, having a population of 7.4 million people. Medelln, Cali, and Barranquilla are also prominent cities. El Dorado International Airport (BOG) is the busiest, with 32 million passengers per year. Jose Maria Cordova International Airport (MDE), with 8 million yearly passengers, comes in second. Both airports connect to the rest of the world. They also serve as a crossroads for Central and South America.

Colombian culture is a mash-up of Spanish, European, African, and Caribbean influences. The main religion is Roman Catholicism. The country's official language is Spanish. The legal system is based on civil law from Spain and France. A presidential republic is the government type. Every four years, elections are held.

The Colombian Peso is the country's official currency (COP). The country has an open economy, with a GDP of $827 billion dollars. This places it as South America's fourth largest economy. Its people earn an average of $16,264 per year. The GDP is mostly composed of three primary sectors: services, industry, and agriculture. Petroleum, textiles, gold, coffee, clothes, and coal (the world's fourth largest producer) are its principal exports.

Colombia has a wide range of tourist attractions, both urban and natural. The country boasts nine UNESCO world heritage monuments as well as other ancient colonial structures. Cartagena, Eje Cafetero, Tayrona National Park, and the capital Bogota are all popular locations. In recent years, the country has undergone a tourism revolution, becoming trendier and more appealing. This is attributable to the people's warm hospitality and colorful culture. Every year, more than 6 million tourists come to Colombia. The bulk comes from neighboring countries as well as the United States. 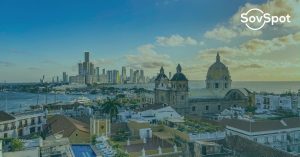 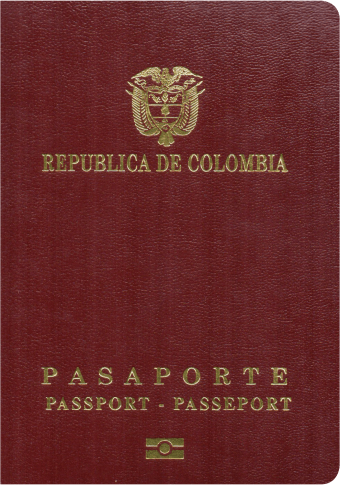 According to the SovSpot Passport Ranking Index, the Colombian passport is presently ranked 42nd. It allows citizens of 131 countries to travel without a visa. Colombian passport holders can travel to countries including the Philippines, Singapore, Russia, Turkey, and the European Union without a visa. Colombian citizens, on the other hand, need a visa to visit 98 countries around the world. China, India, and the United States are among the countries that require a visa. The passport mobility score is a medium score.