There are 22 provinces, four municipalities, five autonomous regions, and two special administrative regions in the People's Republic of China. The country is located in East Asia. Mongolia, India, Russia, and Kazakhstan are some of the largest neighbors. China covers 9.5 million square kilometers of land. This places it as the world's fourth largest country. From the subarctic north to the tropical south, the climate is quite different. In the west, the topography is equally diversified, with mountains, plains, high plateaus, and deserts dominating. With a population of 1.4 billion people, it is the world's most populous country. Beijing is the country's capital. Shanghai, however, is the most populated city, with a population of about 24 million people. Tianjin, Shenzhen, Guangzhou, Chengdu, and Chongqing are among the other significant cities. Beijing Capital International Airport (PEK) is the busiest, with 100 million passengers per year. Beijing is the world's second busiest airport, with flights to every continent.

China's communist and imperial histories have left an indelible mark on the country's culture. Buddhism, Taoism, and Confucianism are the three major religions. Mandarin Chinese is the official language. The legal system is based on civil law, with Soviet and European models influencing it. A communist-led state is the government type. President Xi Jinping is the head of state. Premier Li Keqian is the government's leader. The president is elected indirectly through the National People's Congress every five years in presidential elections.

The Chinese Renminbi (RMB) is the country's official currency, with an additional (external) currency (the Yuan). For more information on these two currencies, see this article. The country has an open economy, with a gross domestic product of $24.2 trillion. Its people earn an average of $17,206 per year. The GDP is primarily composed of three primary sectors: industry, agriculture, and services. Mining products, manufacturing goods, and agricultural raw resources are the largest contributors to GDP. China has the world's second-largest GDP.

China has a wide range of tourist locations and attractions, both urban and natural. It is well-known for its great natural beauty and various cultural sites spread over its diversified landscape. There are 55 UNESCO world heritage sites in the country. The capital Beijing, the Great Wall of China, Xi'an, Chengdu, Guilin, and Shanghai are just a few of the important locations. Every year, more than 141 million tourists from all over the world visit the country. 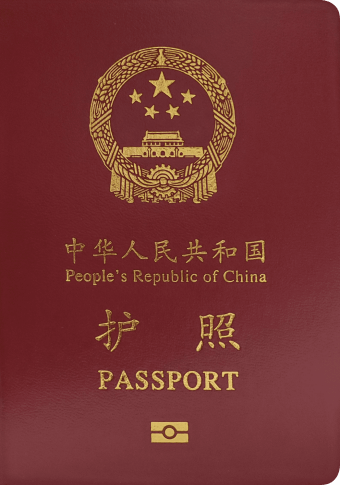 According to the SovSpot Passport Ranking Index, the Chinese passport is now ranked 71st. It allows visa-free travel to 74 countries. Overall, it has a medium-low mobility score. Visa-free entry and visas on arrival are available to Chinese passport holders in Thailand, the United Arab Emirates, Saudi Arabia, and Ukraine. Visas are required for Chinese people to visit around 155 countries across the world. The United States, the European Union, Russia, and Japan are among the countries that require a visa ahead of time.