Oasis of the Sahel

Chad is a landlocked country with 23 regions that was once a French colony. It's in the middle of Africa. Sudan, the Central African Republic, Cameroon, Nigeria, Niger, and Libya are all bordering the country. The provinces of Ville de N'Djamena, Logone-Oriental, and Mayo-Kebbi Est are the most important. With a total size of 1.2 million square kilometers, Chad is Africa's fifth largest country. Plains in the middle, desert in the north, and mountains in the northwest make up the country's geography. In the south, the climate is tropical, whereas in the north, it is desert. The population is estimated to be at 15.4 million people. N'Djamena, the country's capital and most populated city, has a population of 1.3 million people. Moundou and Abéché are two other prominent cities in the county. N'Djamena International Airport is the country's largest and only international airport (NDJ). It connects the capital to a number of African destinations as well as France.

Chad's culture is dominated by tribal traditions and French heritage. Muslim people make up more than half of the population. Roman Catholicism and Protestantism are two more major religions. French and Arabic are the official languages, but tribal dialects and languages are still widely spoken. The legal system is a hybrid of civil and common law. The government is set up in the form of a presidential republic, with the President as the elected head of state and administration.

The Central African CFA franc (XAF) is the country's official currency. The country has an open economy, with a GDP of around $30 billion, ranking it as Africa's 29th largest economy. It has a $2,428 per capita income. The GDP is largely comprised of two primary sectors: services and agriculture. Crude petroleum (40 percent of exports), gold, cotton, and construction materials are the country's principal exports and economic contributions.

Chad is an emerging tourism destination with few tourist attractions and locations at the moment. It is famous for its diverse wildlife, safari tours, and national parks. Trekking, safaris, and hunting are all popular activities. The capital, N'Djamena, the Zakouma National Park, Am Timan, the Tibesti Mountains, and Aouk National Park are among the most popular sites. Tourism is still in its infancy and is not widely practiced. The majority of the 87,000 tourists who visit each year come from nearby African countries as well as France. 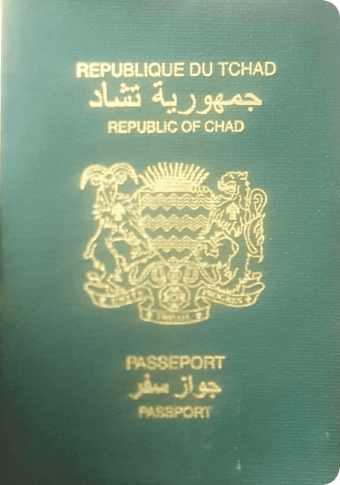 According to the SovSpot Passport Ranking Index, the Chadian passport is presently ranked 90th. It allows visa-free travel to 54 countries. Chadian passport holders can travel to Bangladesh, Iran, the Philippines, Singapore, and Sri Lanka without a visa or with a visa on arrival. This country's passport holders, on the other hand, need a visa to enter around 175 countries around the world. This stringent visa requirement results in a poor overall mobility score and necessitates extensive travel planning.