The Central African Republic (CAR) is made up of sixteen prefectures and was a former French colony. It's in the middle of Africa. Sudan, South Sudan, Cameroun, Chad, and the Democratic Republic of the Congo are all bordering the country. Bangui, Ouham-Pendé, and Ouham are the most important provinces. With a surface area of 622,984 square kilometers, CAR is Africa's 21st largest country. In the north and southeast, low plateaus and scattered hills dominate the landscape. The climate is predominantly tropical, with the rainy season occurring in the summer and the dry season occurring in the winter. The population is estimated to be around 4.6 million people. Bangui, the country's capital and most populated city, has a population of 890,000 people. Bimbo and Bibérati are two other prominent cities in the county. Bangui M'Poko International Airport (BGF) is the largest airport, with an estimated annual passenger flow of 120,000 persons. It connects the capital to a number of African and French destinations.

Its culture is heavily influenced by its French ancestors. Christian faith is practiced by 90% of the people. The official language is still French, but there are many tribal dialects and languages. The legal system is based on civil law from France. The government is set up as a presidential republic, with a President as Chief of State and Prime Minister.

The Central African CFA franc (XAF) is the country's official currency. The country has an open economy, with a GDP of around $4,2 billion, ranking it as Africa's 47th largest economy. It has a $823 per capita income. The GDP is mostly composed of three primary sectors: services, industry, and agriculture. Gold, diamonds, cotton, coffee, tobacco, and sugar are the country's principal exports and GDP contributors.

Several tourist attractions and places may be found in the Central African Republic. It is well-known for its diverse fauna and safari tours in national parks. Gorilla hiking, boating safaris, and hunting are all popular sports. The capital, Bengui, with its cathedral, is one of the key destinations. The Boali waterfalls, as well as Zinga, Manova-Gounda St Floris, and Dzanga Ndoki National Parks. The Central African Republic has taken significant steps to increase tourism in the country. The majority of the 110,000 annual tourism visitors come from neighboring African and European countries. 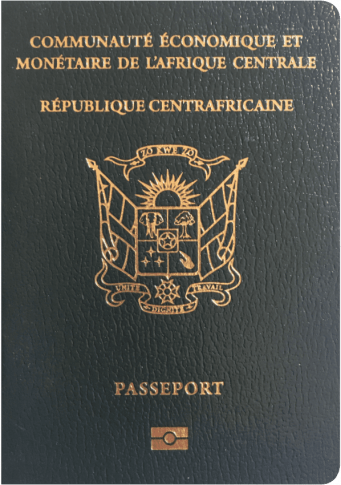 According to the SovSpot Passport Ranking Index, the Central African Republic passport is now ranked 93rd. It allows visa-free travel to 51 countries. Passport holders from the Central African Republic can travel to Bangladesh, Israel, the Philippines, Singapore, and Sri Lanka without a visa or with a visa on arrival. This country's passport holders, on the other hand, need a visa to access around 178 countries around the world. As a result of the high visa requirement, the overall mobility score is low.