Cabo Verde is an island republic in the North Atlantic Ocean west of Senegal in West Africa. It is made up of two nations. The islands are separated into two groups: the volcanic Barlavento Islands and the volcanic Sotavento Islands. Cabo Verde is the 176th largest country in the world, with a surface area of 4,033 square kilometers. It has a temperate climate with hot, dry summers. There are 543,767 inhabitants in the city. The country's capital and most populated city is Praia, which is followed by Midelo and Espargos. With 1,2 million passengers per year, Amilcar Cabral International Airport (SID) is the busiest, followed by Nelson Mandela International Airport (RAI) with 660,000. SID is Africa's 35th busiest airport.

Cabo Verde's culture is influenced by a diverse range of languages and civilizations, with Roman Catholicism serving as the primary religion. The country's official language is Portuguese. The government is a parliamentary republic, and the judicial system is based on Portuguese Civil Law. The president-elect is the head of state.

The Cabo Verdean Escudo (CVE) is the country's official currency. The country has an open economy, with a GDP of around $4.3 billion, ranking it as Africa's 48th largest economy. Its residents have a $7,728 per capita income. The GDP is mostly composed of three primary sectors: services, industry, and agriculture. Bananas, corn, fish, beans, salt, and coffee are the principal exports. Parts of the country are severely dry, making crop cultivation challenging.

Cabo Verde has a well-developed tourism industry and is a famous tourist destination due to its 350 days of sunshine each year. It's famous for its lush, stunning beaches as well as its rocky volcanic mountains. The Pico de Fogo, Sao Vicente, Tarrafal, Praia, the Cidade Velha, the Blue Eye, the Pedra do Lume Salt Crater, and the magnificent Praia de Santa Maria are just a few of the prominent attractions. Every year, 700,000 tourists visit the country, the vast majority of which are from the European Union. Tourists are still one of the most important contributors to the local economy, and many more hotels are being built to satisfy future demand. 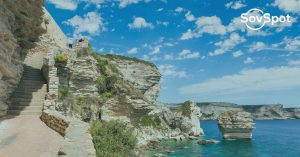 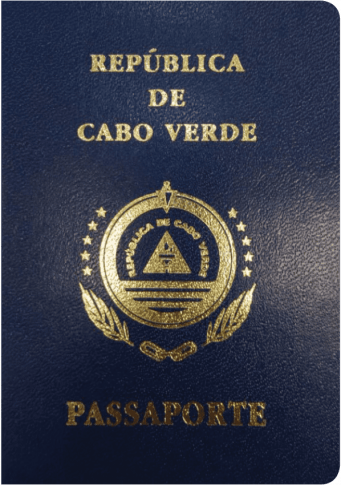 According to the SovSpot Passport Ranking Index, the Cabo Verdean passport presently ranks 77th. It allows visa-free travel to 67 countries. Visa-free or visa-on-arrival access is available to Cabo Verde passport holders in countries such as the Philippines, Singapore, Indonesia, Kenya, Zimbabwe, Iran, Bolivia, and Panama. Cabo Verdean passport holders, on the other hand, need a visa to enter around 162 countries worldwide, including the European Union and the United States, resulting in a poorer overall mobility score.