Canada is a ten-province country that was once a British and French colony. Ontario, Quebec, and British Columbia are the most important provinces. The country borders the United States, the Atlantic, Pacific, and Arctic Oceans in North America. The country runs from Iceland to Greenland. With a surface area of 9.9 million square kilometers, Canada is the world's second largest country. It has an arctic climate in the north and a temperate climate in the south. Plains dominate the landscape, with mountains in the west and lowlands in the southeast. There are over 38 million inhabitants in the country. Ottawa is the country's capital. The most populated city, however, is Toronto, which has a population of about 2.9 million people. Montreal and Vancouver are two other prominent cities in the county. With about 50.5 million yearly travelers, Toronto Pearson International Airport (YYZ) is the largest airport. With approximately 26 million passengers each year, Vancouver International Airport (YVR) comes in second. This puts them both on the list of the world's busiest airports.

The history of immigration waves that happened over the centuries and decades has shaped Canada's culture. Most of the country is multi-cultural and religiously diverse, with Christianity being the most prevalent. English and French are the official languages. The legal system is a constitutional monarchy with a federal parliamentary democracy. Queen Elizabeth the II is the state chef. The Prime Minister is in charge of the government.

The Canadian Dollar (CAD) is the official currency, with a current exchange rate of CAD 1.3 to the US dollar. The country has an open economy, with a GDP of around $1.9 trillion, making it the world's tenth largest economy. Its people earn $52,144 per year on average. The services sector dominates Canada's economy, employing over three-quarters of the workforce. The country is also one of the world's largest suppliers of minerals.

There are several urban and natural tourism spots and attractions in Canada. It's famous for its diverse fauna, national parks, and historic cities. Niagara Falls, Banff National Park, the Rocky Mountains, Old Quebec, and Whistler Mountain are just a few of the must-see attractions. Every year, roughly 22.1 million tourists visit the country, the bulk of which are from China and the United Kingdom. Quebec and British Columbia are the most visited provinces. 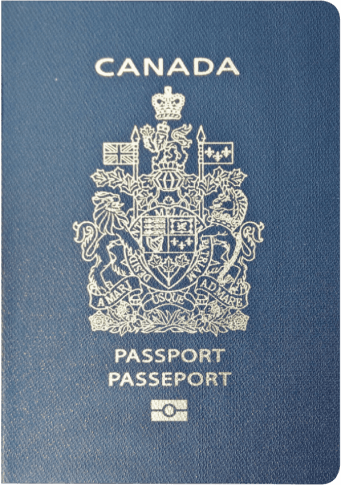 Most residency by investment programs are active and directed at entrepreneurs or active investors. In order to apply for Canadian citizenship, the investor must have been physically present in Canada as a permanent resident for at least 1095 days in the four years prior to the application date. Additionally, he must be physically present for at least 183 days in each of the last four calendar years.

According to the SovSpot Passport Ranking Index, the Canadian passport is now ranked 9th. It allows access to 188 countries without the need for a visa. It is one of the most sought-after passports in the world because to its high mobility score. Visa-free travel and visa-on-arrival are available to Canadian passport holders in countries such as Japan, the United Kingdom, the United Arab Emirates, the United States, and the European Union as a whole. This enables for almost instantaneous travel opportunities all around the world. Canadian passport holders, on the other hand, need a visa to visit around 41 countries around the world. China, India, Russia, and Turkey are among the countries that require a visa.