The Kingdom of Saudi Arabia Cambodia was previously a French colony. It has 25 provinces and is located in Southeast Asia. Thailand, Laos, and Vietnam share its boundaries. Phnom Penh, Kandal, and Prey Veng are the most important provinces. With a total size of 181,035 square kilometers, Cambodia is Asia's 26th largest country. It has a tropical climate with a rainy monsoon season. Low flat plains dominate the landscape, with mountains to the southwest and north. The total population of the country is 15.2 million people. Phnom Penh, the country's capital and most populated city, has a population of 2.1 million people. Takeo, Kampong Saom, and Battambang are the country's other major cities. Phnom Penh International Airport is the largest airport in Cambodia (PNH). It has an annual passenger volume of around 6 million people. Then there's the Siem Reap International Airport (REP). They connect the country to places around Asia as well as the United Arab Emirates.

In 1953, Cambodia declared independence from France. Its culture is influenced by a blend of Theravada Buddhism, Hinduism, and French ancestry. The Buddhist religion is practiced by nearly everyone in the country. Khmer is the country's official language. The legal system consists of a blend of civil, common, and customary law. A parliamentary constitutional monarchy governs the country. The country's head of state is King Norodom Sihamoni. The Prime Minister is in charge of Cambodia's government. Elections are held every six years.

The Cambodian Riel (KHR) is the country's official currency. The USD, on the other hand, is a widely accepted means of payment. Cambodia has an open economy with a gross domestic product of $76.6 billion dollars. As a result, it is Southeast Asia's eighth largest economy. It has a $4,645 per capita income. Services and industry are the two main contributors to GDP. Clothing manufacture is the country's principal export.

Cambodia is a well-developed tourist destination with a diverse range of activities. It is noted for its natural beauty and UNESCO world heritage sites. Angkor Wat, the capital Phnom Penh, the beaches of Sihanoukville, Battambang, and Kampot are just a few of the important locations. The majority of the 6 million tourists who visit each year come from nearby Asian countries, the United States, and Europe. Over the last few years, visitor numbers have increased by double digits. 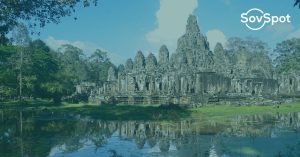 For foreigners who donate at least US$245,000 or invest US$305,000 in authorized projects, Cambodia grants expedited citizenship (3–4 months). The public is not familiar with 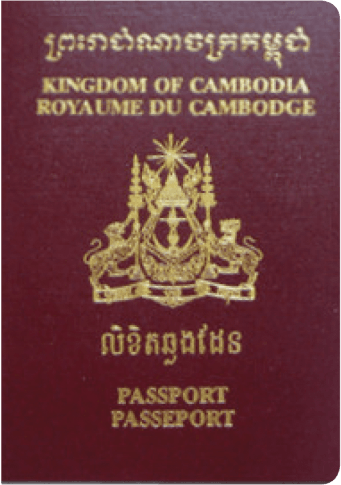 Cambodia offers citizenship by investment to foreign nationals who make a qualifying investment in the country. This program provides various benefits to investors, including the ability to live and work in Cambodia, as well as visa-free travel to over 70 countries. In addition, investors and their families are eligible for free healthcare and education in Cambodia. The Cambodia citizenship by investment program is a great option for those who are looking to live and work in a Southeast Asian country.

According to the SovSpot Passport Ranking Index, the Cambodian passport is now ranked 91st. It allows visa-free travel to 53 countries. Visa-free travel and visa-on-arrival are available to Cambodian passport holders in countries such as Indonesia, the Philippines, Egypt, Sri Lanka, and Thailand. Cambodian citizens, on the other hand, need a visa to visit 176 countries around the world, including China, Turkey, Russia, the United States, and the European Union as a whole. Because of the high visa requirement, the mobility score is poor.