Bulgaria is made up of 28 provinces and is a member of the European Union. Sofia City, Plovdiv, and Varna are the most important provinces. The country borders Turkey, Greece, Northern Macedonia, Serbia, Romania, and the Black Sea in Southeastern Europe. Bulgaria has a surface size of 110,993 square kilometers, making it Europe's 16th largest country. It has a mainly moderate climate. The geography is mostly mountainous in the north and southeast, with lowlands in the north and southeast. With a population of 6.9 million inhabitants, it is one of the EU's least populous countries. Sofia, the country's capital, is also the country's most populous city, with 1.2 million residents. Plovdiv and Varna are the next cities on the list. Sofia Airport (SOF) is the busiest, with 7 million passengers per year. With 2.8 million passengers per year, Burgas Airport (BOJ) is the second busiest airport in the country. Both airports connect Bulgaria to the European Union and the Middle East on local and international services.

Bulgarian culture is dominated by historic folk customs intertwined with Ottoman heritage. There is a diverse population, with the Easter Orthodox religion predominating. Bulgarian is the official language. The Civil Law is the foundation of the legal system. A parliamentary republic is the government type. The elected President Rumen Radev is the head of state, and the elected Prime Minister is the head of government.

The Bulgarian Lev (BGN) is the official currency. The country has an open economy, with a GDP of around $180 billion, placing it in the European Union's 32nd position. The per capita income of its residents is $26,034. The GDP is primarily composed of two primary sectors: services and industries. Coal, gas, fruits, and energy are some of the most important export items.

Bulgaria has a wide range of tourist attractions, both urban and natural. In the country, there are nine UNEECO world heritage sites. The Alexander Nevsky Cathedral, the Krushuna Waterfalls, the Buzludzha Monument, and the Pirin National Park are just a few of the significant attractions. Every year, roughly 7.8 million tourists visit the country, the bulk of which are from Europe and its neighboring nations. Bulgaria is working on boosting its winter tourism and ski resorts in addition to its already developed tourism industries. 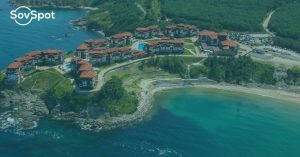 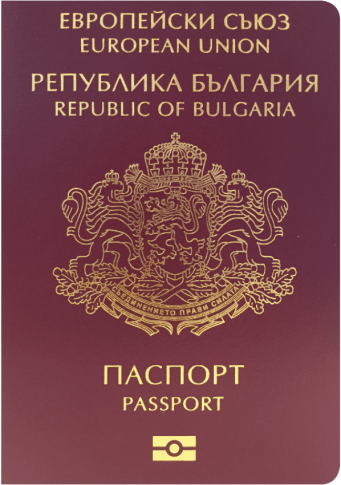 Bulgaria's investor program is one of the most popular in Europe. The country offers a number of benefits to investors, including a fast-track citizenship process and a favorable tax regime. If you're looking for Bulgaria residency options, there are a few different ways to go about it. One option is to invest in real estate. This can qualify you for a residency permit if you make a minimum investment. Another option is to apply for an entrepreneur visa. This requires that you have a business plan and meet certain financial criteria. However, it can be a great way to live and work in Bulgaria if you're able to meet the requirements.

Recent revisions to Bulgaria's citizenship law now permit applications for citizenship by descent up to the third generation. Therefore, you can become a citizen of Bulgaria if your parents, grandparents, or great-grandparents were citizens.

In addition, the process for applying for Bulgarian citizenship by descent is now more accessible and clear. You must present proof that your forefathers were Bulgarian nationals along with your application. It may take up to two years to obtain a response.