Belize is divided into six districts, each of which was once a British colony. Belize, Cayo, and Corozal are the most important districts. Mexico, Guatemala, and the Caribbean Sea surround the country in Central America. The country's topography is mostly flat, with some swampy coastal areas. It has a tropical environment that is hot and humid. The population is estimated to be around 408,000 people. Belmopan is the country's capital. Belize City, with 57,000 people, is the most populous city, followed by San Ignacio, with 17,000 people. With 1.1 million yearly passengers, Philip S. W. Goldson International Airport (BZE) is the country's largest and only international airport. This places it as Central America's seventh busiest airport. It was named after politician Philip Goldson, a member of the Belizean House of Representatives and the founder of the biggest political party in the country. The airport serves destinations throughout the Caribbean and the Americas.

Belize's culture is dominated by the creole. The bulk of the population is Christian, with roughly 40% of the population being Roman Catholic. English is the official language. The legal system in Belize is based on English common law. The government is a constitutional monarchy with a parliamentary democracy. Queen Elizabeth II is the head of state.

The Belize Dollar (BZD) is the official currency, and it is permanently tied to the US dollar at BZD 2 per USD. The country has an open economy, with a gross domestic product of $3.4 billion. It is the 39th largest GDP among Commonwealth nations. Its residents have a $9,576 per capita income. The services and industries sectors account for the majority of the GDP, with tourism and agricultural commodities accounting for the large majority of the country's income. In recent years, GDP growth has been more or less static.

Belize is a popular tourist destination because of its diverse urban and natural tourism attractions. It is well-known for its beautiful beaches and natural surroundings. The Blue Hole, the Placencia Peninsula, and the Turneffe Islands are just a few of the key attractions. Fishing, watersports, bird watching, and hiking are the most popular visitor activities. Belize is also home to Central America's largest cave system. Every year, roughly 1.7 million tourists visit the country, with the bulk hailing from North America. 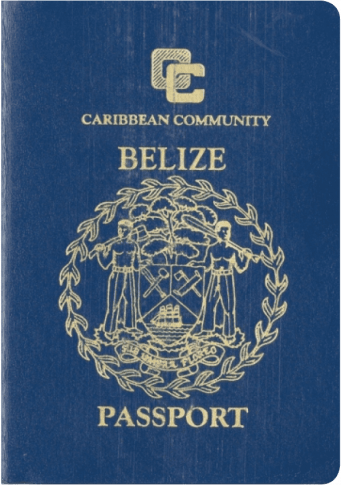 Belize has a lot to offer residents. The country is known for its natural beauty, with pristine beaches, lush rainforests, and Maya ruins. Belize is also a safe and stable country, with a low crime rate and a government that is friendly to foreigners. In addition, Belize has a very favorable tax regime for retirees and investors.

According to the SovSpot Passport Ranking Index, the Belizean passport is now ranked 55th. It allows citizens of 101 countries to travel without a visa. As a result, it receives a mediocre mobility rating. Visa-free travel and visas on arrival are available to Belizean passport holders in countries such as Singapore, the United Kingdom, Taiwan, Israel, and Ireland. Belizean passport holders, on the other hand, need a visa to enter around 128 countries throughout the world, which necessitates fairly extensive trip planning. The European Union as a whole, the United States, and Australia are all visa-required destinations.