The Place to be

Belgium is divided into 10 provinces and is part of the European Union, sharing borders with Luxembourg, Germany, France, and the Netherlands. Antwerp, East Flanders, Hainaut, and Brussels are the most important provinces. Belgium is one of the smaller countries in the European Union, with a surface area of 30,689 square kilometers. It has a moderate climate with pleasant winters and mild summers. A total of 11.4 million people live in the city. Brussels is the country's capital. Antwerp, however, is the most populous city, followed by Ghent and Charleroi. Brussels Zaventem (BRU) is the busiest airport, with 25 million passengers per year, followed by Brussels Charleroi (CRL) with 7.7 million. With multiple flights every day, Brussels Airport has strong flight connections to the African continent.

Belgium's culture is influenced by a diverse range of languages and civilizations, with Roman Catholicism serving as the predominant religion. The country's official languages are Dutch, French, and German. The legal system is based on the French Civil Code and is based on civil law. The government is a federal parliamentary democracy that operates within the framework of a constitutional monarchy, with King Philippe as the chief of state.

The Euro (EUR) is the country's official currency, with a current exchange rate of EUR 0.84 to the US dollar. The country has an open economy, with a GDP of about $550 billion dollars, making it Europe's 12th largest economy. Its people earn an average of $48,224 per year. The GDP is mostly composed of three primary sectors: services, industry, and agriculture. Chemicals, mechanical equipment, finished diamonds, metals, and metal products are the principal exports.

Belgium has a wide range of tourist locations and attractions, both urban and natural. Due to its trilingual system, it is noted for its gorgeous medieval towns and diverse cultural elements. The Grand Place in Brussels, Bruges' canals and belfry, Flanders' battlefields, and Ghent's ancient town are just a few of the significant attractions. Belgium's proficiency in the art of chocolate production, with well-known brands such as Godiva, Leonidas, Bruyerre, and Belvas, is another reason why many people visit. Every year, roughly 9.4 million tourists visit the country, the bulk of which are from Europe and its neighboring nations.

As a TLDR, Belgium only allows citizenship through ancestry up until the first generation. That means one of your parents has to be a Belgian 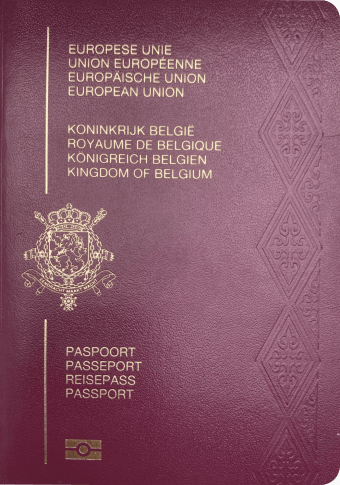 Non-European nationals require a 'professional card' to engage in self-employed work in Belgium. They can apply for a professional card (similar to the EU Blue Card) if they can prove their business contributes significantly to the Belgium economy. After 5 years of permanent residency, the applicant can apply for Belgian citizenship.

In Belgium, you can only obtain citizenship via descent through your parents. Nonetheless, due to 1984 modifications to Belgium's citizenship legislation, two rules apply depending on your date of birth.

If you were born before January 1, 1967, you can obtain citizenship if the following conditions are met:

If you were born after January 1, 1985, you may qualify for Belgian citizenship if the following conditions are met: