Austria, a landlocked country with nine states, is a member of the European Union. Italy, Switzerland, Germany, Czechia, Slovakia, Slovenia, and Hungary are the country's neighbors. Vienna, Lower Austria, Upper Austria, and Styria are the most important provinces. Austria's total land area is 83,879 square kilometers. It is one of the European Union's smaller countries. It has a moderate climate with alpine characteristics in the region. There are 8.9 million inhabitants in the city. Vienna, the country's capital and most populated city (with 1.8 million residents), is followed by Graz and Linz. Vienna International Airport (VIE) is the busiest airport, with 31.6 million passengers per year, followed by Salzburg Airport (1.7 million). Vienna Airport is Europe's 14th busiest airport, with flights to every corner of the globe.

Austrian culture is rich in history and legacy, with Roman Catholicism being the predominant religion. German and various Bavarian dialects are the official languages of the country. The legal system is based on civil law, with the Constitutional Court having the authority to evaluate any legislation. A federal parliamentary republic is the government type.

The Euro is the country's official currency (EUR). The country has an open economy, with a GDP of $446 billion dollars, making it Europe's 12th largest economy. Its people earn an average of $50,277 per year. The service sector accounts for 70% of GDP, while the industry sector accounts for 20%. (28 percent ). Grain, potatoes, wine, dairy products, machinery, metals, and chemicals are the principal exports. Tourism is the largest single contributor to GDP, accounting for 10% of total GDP, followed by the financial and consulting sectors.

Austria has a diverse range of tourism sites and attractions, including urban, cultural, and natural attractions. It is particularly well-known for its rich culture and gorgeous mountains, which draw visitors both in the winter and summer. The capital Vienna, the old town of Salzburg (a UNESCO world heritage site), the Benedictine Abbey in Melk, and the ski resort of Kitzbühel are just a few of the prominent destinations. Every year, roughly 30.8 million tourists visit the country, placing it in 12th place worldwide. The vast majority of visitors come from Europe and the United States. 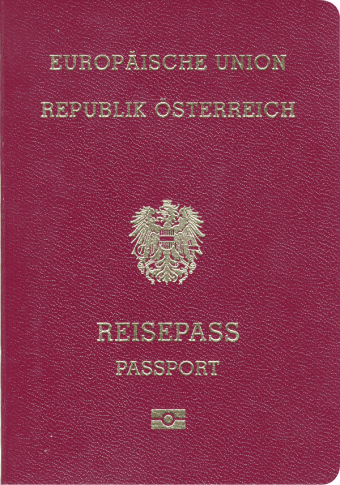 If you're looking to relocate to Austria, there are a few different options available for residency and citizenship. If you have gainful employment in Austria, you may be eligible for a work visa. self-employed individuals may also be eligible for a startup visa. Those who are not employed may be able to obtain a residence permit if they can prove that they have enough financial resources to support themselves. There are also a few other options available for those who meet specific criteria.

Austria exclusively grants citizenship to the first generation of a descendant. As a result, children automatically get citizenship from their parents if:

When one of the parents holds a foreign citizenship based on jus sanguinis, such as Austria, the child has the right to dual citizenship and is not required to choose between the two nationalities under Austrian law.