Visit Armenia, it is Beautiful

Armenia is a country that used to be a part of the Soviet Union. There are 11 administrative divisions in all. Southwestern Asia is the location of the country. Georgia, Turkey, Iran, and Azerbaijan are all close neighbors. Yerevan, Armavir, and Ararat are the three most important administrative divisions. Armenia covers 29,743 square kilometers of land. As a result, it is one of Asia's smaller countries. Armenia has a dry highland continental climate and is largely mountainous.

There are 2.9 million people in the city. Yerevan, the country's capital and largest city, is also the country's most populous city. Armavir and Artashat are two other large cities. With 3.3 million passengers per year, Zvartnots International Airport (EVN) is the largest airport. Shirak Airport (LWN) is the second busiest, with 147,000 passengers per year. The airport at Zvartnots has strong flight connectivity to the rest of Europe and beyond. Armenian culture has developed over the course of the country's history. Armenian Apostolic is its religion. Armenian is the official language, however Russian is commonly spoken. Civil law is the legal system. A parliamentary democracy is the type of government. Every five years, elections are held, and the president is chosen indirectly by the assembly.

The Armenian dram is the country's official currency (AMD). The country has an open economy, with a gross domestic product of $32.8 billion. The per capita income of its residents is $10,995. Industry and agriculture are the two main sectors that make up the GDP. Armenia is well-known for its brandy and wine, which are among the country's most popular exports. Mining, silk, instruments, fruit, and animals are also key economic contributors. The GDP has increased dramatically in recent years, with annual growth rates above 7%. Armenia has a wide range of tourist locations and attractions, both urban and nature.

Armenia is known for its beautiful medieval historic sites as well as its diverse cultural aspects. It was home to three UNESCO world historic sites. The capital Yerevan, the Shikahogh state reserve, Lake Sevan, Mount Aragats, and the Arat distilleries are just a few of the significant attractions. Every year, roughly 1.9 million tourists visit the country. The majority of visitors come from Europe, Russia, and the surrounding nations. It is a popular tourist site, especially among locals. 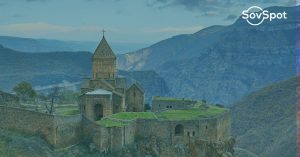 Ethnic Armenians are eligible for citizenship without meeting any language or residency criteria. It should be noted, however, that some statutory standards must be satisfied 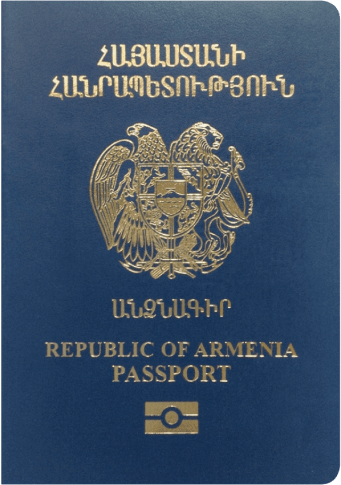 According to the SovSpot Passport Ranking Index, the Armenian passport is now ranked 79th. It allows visa-free travel to 65 countries. Overall, it has a medium-low mobility score. Visa-free travel and visas on arrival are available to Armenian passport holders in countries such as Brazil, Russia, China, and Panama. Armenian nationals require a visa to visit 164 countries across the world. The United States, the European Union, and Japan are among the countries that require a visa ahead of time.

Furthermore, speaking Armenian is not a requirement for obtaining citizenship by descent. The Armenian constitution doesn't need you to pass an exam, and you aren't even required to live there.