The beach is just the beginning

Geography & Mobility in Antigua and Barbuda

The former British colony of Antigua and Barbuda is made up of two large islands. Other minor islands in the country include Green, York Islands, Long, and Maiden. The country is located south of Puerto Rico on the Caribbean Sea. It has a tropical marine climate with little seasonal change in temperature. The population totals 98,740 individuals. Saint John's is the country's capital and by far the most populous city, followed by All Saints and Liberta. With about 1 million yearly passengers, V.C. Bird International Airport (ANU) is the country's largest and only operating airport. It is named after Sir Vere Cornwall Bird, the country's first prime minister. The airport connects to locations around the Caribbean, Europe, and the United States.

The history of immigration waves that happened over the centuries has shaped Antigua and Barbuda's culture. In most of the country, there is a multi-cultural and religious mix. However, Christianity is the most popular religion. English is the official language. Antigua's native creole tongue is still spoken.

The legal system in Antigua is based on English common law. The government is a constitutional monarchy with a parliamentary democracy. Queen Elizabeth II is the head of state. The Eastern Caribbean Dollar is the official currency (XCD). The country has an open economy, with a GDP of around $2.7 billion, making it the Caribbean's 28th largest economy. Its people earn $29,298 per year on average. The services sector accounts for the majority of the GDP, with tourism accounting for more than 60% of the total.

Antigua and Barbuda is a popular tourist destination because it has a diverse range of urban and natural tourism attractions. It is well-known for its beautiful beaches and natural surroundings. The world-famous Half Moon Bay, Stingray City, Nelson's Dockyard National Park, and the capital, St. John's, are just a few of the prominent attractions. Every year, roughly 270,000 tourists visit the island nation, the bulk of which are from North America and Europe. 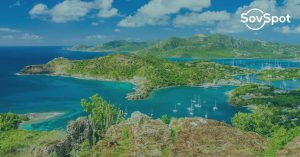 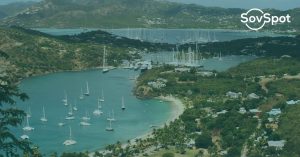 The Antigua and barbuda citizenship by investment program

The Antigua and Barbuda Citizenship by Investment Program was launched in 2012 under a government mandate. The Barbuda citizenship program is appealing to applicants seeking 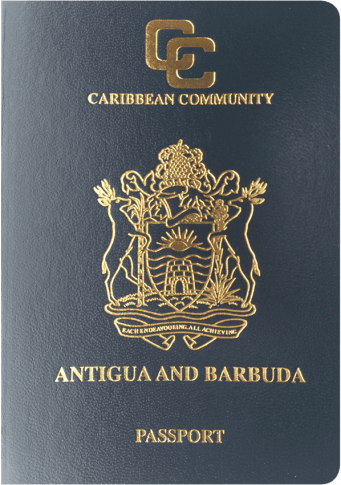 The citizenship by investment program for Antigua and Barbuda offers investors a second passport with visa-free travel to more than 160 countries, including the United Kingdom, the Schengen zone of the European Union, Hong Kong, and Switzerland. Antigua's investing choices for acquiring citizenship are diverse. Investors can contribute $100,000 to the Antigua National Development Fund or spend $1.5 million in creating a firm ($5 million for two or more investors) or $400,000 in a government-approved real estate project.

According to the SovSpot Passport Ranking Index, the Antiguan passport is now ranked 28th. It allows entrance to 153 countries without requiring a visa. As a result, it has a good overall mobility score and is a desirable passport. Visa-free travel and visa-on-arrival are available to Antiguan passport holders in countries such as Singapore, the United Kingdom, Brazil, Russia, and the entire European Union. This enables for almost instantaneous travel. Antiguan passport holders, on the other hand, need a visa to visit roughly 77 countries around the world. China, the United States, and Australia are among the countries that require a visa. Citizenship by Investment is available in Antigua & Barbuda. Applicants can receive Antigua and Barbuda citizenship and passports in four months after completing a due diligence process and making the required economic commitment to the country.