The Principality of Andorra is divided into seven parishes. It is located in Europe, with France and Spain as neighbors. Andorra la Vella and Escalades-Engordany are the two most prominent provinces. Andorra is one of Europe's smallest autonomous countries, with a surface area of 467.63 square kilometers. It has a climate that varies from alpine to moderate, with cold, snowy winters and hot, dry summers. A total of 77,543 people live in the city. Andorra la Vella is the country's capital and also its most populous city, followed by Escalades-Engordany. Andorra does not have its own airport, thus people must fly to Spain's La Seu D'Urgell Airport (LEU). Flights are mainly charters or private aviation and operate in an erratic rhythm. There are road and train connections to neighboring Spain and France, and many Andorrans commute between the two countries on a regular basis.

Andorra's culture is largely Catalan, with Roman Catholicism being the primary religion. Catalan is the official language. Civil, customary, and canon law combine to form the legal system. The government is a parliamentary democracy with a co-principality in the form of the chief of state. The first co-prince is Patrick Stozda, who represents French President Emmanuel Macron. Archbishop Joan Eric Vives, who is represented by Joseph Maria Mauri, is the second co-prince.

The Euro (EUR) is the country's official currency, with a current exchange rate of EUR 0.84 to the US dollar. The country has an open economy, with a gross domestic product of $3.23 billion. Andorra has one of Europe's smallest economies. The per capita income of its residents is $42,035. The GDP is primarily composed of two primary sectors: services and industries. Tourism, banking, and export products such as lumber and furniture account for the majority of the country's GDP.

Andorra is well renowned for its stunning mountains and sleepy towns. It features some of Europe's best ski resorts and alpine sport opportunities. The capital, Andorra la Vella, the ski resort Vallnord, the Sant Joan de Caselles Church, and the Madriu-Perafita-Claror Valley are just a few of the prominent attractions. Another reason why many individuals travel to Andorra is the country's banking competence, which includes leading institutions like Andbank, Morabanc, and Credit Andorra. Every year, approximately 3 million tourists visit the country, the majority of which are from Europe and the surrounding nations. 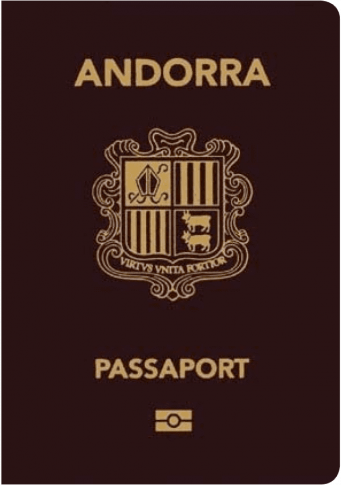 In accordance with the Decree approving the Regulation of immigration permits of residence without gainful activity of 2012, a foreign national who makes an economic contribution to the country or provides international professional services from Andorra may become an Andorran resident, along with his or her family. Initial permit of residence is granted for a two-year period. Except for nationals of Portugal, Spain, and France, and nationals of countries that have signed and ratified an agreement with the Principality of Andorra, the first renewal is granted for a term of two years, and the second renewal is granted for a duration of three years.