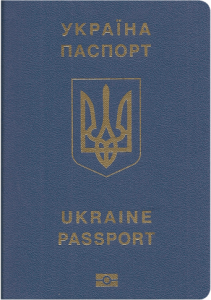 If you want to obtain Ukrainian citizenship by descent, you will have to demonstrate a link with a Ukrainian ancestor which can be up until the 3rd generation.

Citizenship in Ukraine is granted through the right of blood for persons with ties to the country, according to the Nationality Act of Ukraine. This indicates that a person’s birthplace is irrelevant as long as one of his or her parents is a Ukrainian citizen, also known as the jus sanguinis principle.

In comparison to other European countries, this makes getting Ukrainian citizenship by descent easier. Nonetheless, specific standards must be met in order to become a citizen of this country.

To demonstrate your eligibility to obtain citizenship, you must have at least one individual who is connected to Ukraine:

Between 1917 and 1945, the paperwork was usually available at the location where your relative was born and/or lived. As a result, you or your hired labor will have to physically travel to that location and rummage through the local archives or church archives. Obviously, this will lengthen the overall application procedure.

If, on the other hand, your relative was born in 1945 or after, you’re in luck. After that date, records were kept considerably better and consolidated as much as feasible. Do you have a relative who was born in 1945 or later? Then you’ll need to consult the main registry of civil acts or the national archives.

Those seeking to recover their Ukrainian ancestry do not have to live in Ukraine. In the first instance, they must present the following documents:

There are several documents that can be used to prove one’s Ukrainian heritage when it comes to producing evidence of ties with the country. Among these are birth, death, and marriage certificates for Ukrainian relatives.

Where can I get evidence of Ukrainian ancestry?

For many foreigners who have lived outside of Ukraine for a long time, claiming their right to become Ukrainian citizens based on their ancestors’ links to this nation can take a lengthy time if they do not have the necessary paperwork or they miss one specific document confirming this.

In Ukraine, such documents are normally found at the civil registration. However, there are other factors to consider, including the fact that if the relatives were born between 1917 and 1945, the paperwork are usually retained in good shape with the local civil registry. However, locating ancestors who were born before 1917 may be more challenging.

In the case that you find it hard to obtain the necessary documentation, we recommend hiring a law firm on the ground that specializes in obtaining all the documents required for a successful application.

The State Migration Service of Ukraine, specifies that citizenship of Ukraine can be confirmed by the following documents:

Keep in mind that currently, Ukraine does not allow dual citizenship. However, as we will discuss at the end of this article, there is a law under review at the moment that, if passed, will allow dual citizenship for Ukrainian passport holders, as long as they’re not government officials. This would make it more compelling to become a citizen of Ukraine.

The present law “Ukrainian Citizenship” neither specifically prohibits nor allows people of the country to have multiple passports.

On December 2, 2021, Ukrainian President Vladimir Zelenskiy proposed to parliament a draft law proposing to secure the right to a second citizenship while retaining Ukrainian citizenship.

In 2020, a similar draft law was offered for parliamentary consideration. The bill was then postponed because MPs concluded that revisions to the statute “On Citizenship” required first amending the constitution.

Vladimir Zelenskiy declared the proposed bill urgent on December 1, 2021. The Committee’s review was completed in June of this year.

What amendments are proposed to Ukraine’s Citizenship Law?

The concept of Ukrainian citizenship

Establishing the concept of Ukrainian citizenship as state citizenship in Ukraine. The notion of administrative-territorial units gaining citizenship is ruled out. To put it another way, a Ukrainian cannot be a citizen of, say, the Transcarpathian area.

The right to dual citizenship in Ukraine

According to the proposed law, if a Ukrainian owns or receives a passport of another country, he or she will be considered simply a Ukrainian citizen in terms of his or her rights and obligations in Ukraine. Such revisions would make it legal to hold dual citizenships.

The right to more nationalities for Ukrainians

The present Ukrainian Law states that acquiring citizenship of another country (obtaining a second passport) is sufficient grounds for revocation of Ukrainian citizenship. Such a clause is not included in the new version of the law.

The right to acquire Ukrainian citizenship by descent

Foreigners will be able to earn or reclaim Ukrainian citizenship under the new regulations, known as the right of descent. To do so, the applicant must demonstrate that his blood relative was born on Ukrainian territory before August 24, 1991.

Ukrainian embassies and consulates in other countries will accept applications for citizenship through descent. When applying, the applicant will be required to submit written consent for identification and collecting of personal data from authorities in the applicant’s home country.

Participants in anti-terrorist operations, Ukrainian army troops, and political refugees will have a simpler procedure for getting a Ukrainian passport.

An applicant for a Ukrainian passport may be required to renounce his or her foreign citizenship in particular instances in order to become a citizen of Ukraine. The law will apply to people of high-risk immigration countries, aggressor states, and occupation states. However, there is no such list as of yet. If the draft law is passed, the list will be compiled by the Ukrainian Cabinet of Ministers.

A person with a Ukrainian passport is considered a full Ukrainian citizen. This includes voting rights in elections.

There is one restriction for holders of multiple citizenships: they will be unable to run for state and local government seats in elections.

A prohibition on having more than one passport

Employees of the government can only be Ukrainian citizens and will be barred from obtaining a second citizenship or maintaining double citizenship:

Violations of notification deadlines, purposeful hiding of facts, and supplying false information will all be subject to administrative and criminal penalties.

BowTiedMara is paving the mobility asset highway for the Sovereign Individual and writes about mobility options in the Digital Age and Latin American history on Substack and SovSpot.com. You can also contact Mara directly on Twitter.
PrevPreviousSwiss citizenship by descent
NextIndonesia’s 5-Year Digital Nomad Visa: Everything You Need to KnowNext
Get The Latest Updates