Slovakia’s new citizenship by descent program is one of the most generous ancestry-based citizenship schemes in the EU.

People with Slovak ancestry may be eligible for EU citizenship as of April 1, 2022, providing that just one out of every fourteen of their ascendants was born on Slovak Republic territory.

In order to become a Slovak citizen under this program, you will have to prove your Slovak ancestry and depending on the generational limit, you have 2 routes:

Route 1 – up to the third generation

According to a new amendment in Slovak law that was added in 2022, qualifying candidates for Slovak citizenship by descent are can now go back up to three generations:

A crucial consideration is that this qualifying Slovak ancestor must have been a Czechoslovakian citizen at some point.

You have Slovak ancestors who predate your great-grandparents. After three years of residency in Slovakia, you are eligible for simplified naturalization.

Are Slovak citizens considered the same as ancestors with Slovak origins?

It should be noted that an applicant’s ancestor who lost his or her Slovak or Czechoslovak citizenship is nonetheless an eligible ancestor for the purposes of this bill, and there is no necessity that the qualifying Slovak ancestor be of Slovak ethnicity.

Furthermore, there are no Slovak language or cultural awareness requirements for applicants in the aforementioned Slovak descendent class. This echoes the absence of a jus culturae requirement in big brother Czechia’s recent 2019 citizenship legislation.

Slovakia amends its constitution to allow for citizenship by descent 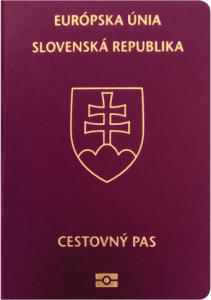 This path to citizenship is open independent of the applicant’s birthplace or understanding of the Slovak language, history, or culture.

Notably, those with ancestors who lost their Slovak citizenship can petition to become citizens of Slovakia if certain circumstances are met, making Slovakia one of the most generous EU member states in terms of enabling a pathway to citizenship for foreign-born descendants of its citizens.

Who could potentially qualify for Slovak citizenship by ancestry?

Slovak citizenship by descent is only available to persons whose parents, grandparents, or great-grandparents were born on Slovak territory or held a Czechoslovak passport (with a generational limit of 3 generations).

Following the United States, the countries with the largest Slovak diaspora are the Czech Republic, the United Kingdom, Germany, Canada, and Serbia.

Citizenship in Slovakia grants the right to settle and work throughout the European Union, including popular immigration destinations like the Czech Republic, Hungary, France, Spain, Portugal, Germany, and Croatia.

A Slovak passport entitles its holder to visa free travel or visa on arrival access to 182 countries. Slovakia allows dual citizenship, so you do not have to renounce your foreign citizenship.

According to the amendments made by the Slovak parliament, naturalization applications are still adjudicated by Slovak officials with some discretion if your ancestors are further down the line than the generational limit imposed (three generations).

After three years of residency, those with ancestors older than Great-grandparents can petition for simplified naturalization for Slovakia citizenship.

The “residency issue” has been rectified in part

The residence requirement for applicants is a terrible thorn in this Slovak legislative decision. Technically, the citizenship by descent provision only applies to those who have been granted permission to stay in Slovakia (i.e., have a residence permit), a requirement that some have worked hard to remove through discussions with Parliament members, email campaigns, written petitions, media interviews, and the power of the pen.

The text of the residency requirement remains in the amendment, albeit with a massive concession to applicants. According to Milan Vétrak, a member of Parliament who has been in the forefront of conversations with various stakeholders within the Slovak government, immigration authorities have agreed to reduce some of the complications connected with residency applications.

Potential applicants will be able to apply for residence permits through the Slovak embassy in their native country as part of their naturalization application. This concession would relieve applicants of the hardship of going through a two-part process (residency and then citizenship), as well as the requirement that applicants have physical presence in Slovakia as part of their application.

The apparent justification behind preserving the reduced residence requirement is that it would allow for more thorough examination of potential applicants. 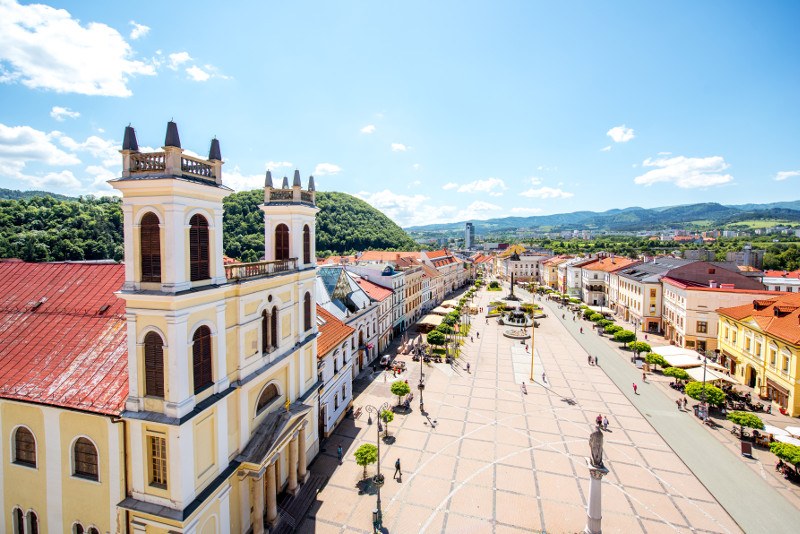 Slovak descendants who do not qualify will receive a consolation award

Because the Austro-Hungarian empire did not have an independent Slovak state, certain descendants of ethnic Slovaks born in Czechoslovakia who never became Slovak or Czechoslovak citizens will be denied citizenship by descent under the new amendment.

These eager Slovak descendants who do not meet one or more of the aforementioned eligibility standards may still be eligible for the lesser-known Slovak Living Abroad (SLA) Certificate, which grants them right of residency in Slovakia and a reduced three-year path to naturalization.

There is no generational restriction for qualified forebears, unlike the recent Slovak citizenship reform. As a result, an applicant with a Slovak great-great-grandmother (or even further back) is likely to be qualified for a SLA. Another key distinction is that in order to qualify for a SLA, an applicant must show that his or her qualifying relative was of Slovak ethnicity rather than a Slovak or Czechoslovak citizen.

Amendments to the Slovak descendants bill

At the eleventh hour, an unexpected but welcome pathway to Slovak citizenship eligibility for select exceptional Slovaks residing overseas was added.

SLA holders who make “exceptional contributions” to their diasporic communities will be entitled to apply for Slovak citizenship by descent under the same circumstances as those who had qualifying ancestors.

After the SLA office has been endorsed by a letter of recommendation, such an application will be considered.

Because the Act has not yet been implemented, Slovak officials have not yet provided any rules on how they expect to assess whether an eligible ancestor is Czechoslovak or Slovak.

In the absence of the aforementioned documentation, showing the relevant conditions (i.e. birth in modern-day Slovakia and emigration in 1910 or later) is thought to suffice, though Slovak authorities will have the final word.

Due to the Austro-Hungarian empire’s citizenship treaties, 1910 is thought to be the earliest date a qualifying ancestor could have left the territory of modern-day Slovakia and still become a Czechoslovak citizen in absentia for at least one day, thus fulfilling a critical eligibility requirement discussed above. This rule has a few minor exceptions.

Possibly an alternate interpretation of Slovak law exists in which descendants of qualified Slovak ancestors who departed the region of modern-day Slovakia as early as 1904 may likewise qualify for citizenship by descent.

Though Slovak authorities retain some discretion in deciding whether to grant ancestry-based citizenship (in some countries, such as Italy, citizenship-by-descent laws entitle descendants to naturalization), the law does not require descendants to speak Slovak or demonstrate knowledge of Slovak culture.

Finally, as with any legal problem, we recommend prospective Slovak citizens to get customized legal advice at an international law firm regarding their specific case.