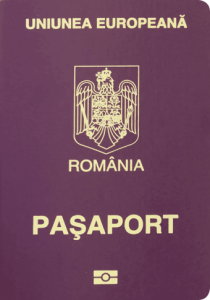 As the past years have demonstrated, you never know when you might require a second passport. If you have Romanian ancestry – and nearly 1 million Americans and 238k Canadians do – an alternate passport could be available for you.

Romania, located in East Central Europe and bordering the Black Sea, is a beautiful EU membership country with a good passport, that allows visa on arrival access to 176 countries.

Over the last few years, Romania has been a remarkable economic success story in the area. Since the government removed red tape for enterprises and decreased taxation to a flat 10% on most sorts of personal income, it has a better setup than most of its neighboring countries.

Qualifications for Romanian Citizenship through Descent

If you are of Romanian origin, the country’s Citizenship By Descent program can help you obtain citizenship and a passport for near to nothing.

Romania follows the jus sanguinis principle, which means that obtaining Romanian citizenship is only possible if one of your direct family members has Romanian roots.

Individuals can apply for Romanian citizenship by descent in the following ways:

The law further specifies that biological descendants (no matter if they’re foreign citizens) as well as adopted children/grandchildren of former Romanian nationals are eligible to seek for Romania citizenship by descent.

Most professionals in the Romanian ancestry citizenship sector will inform you that a successful application and corresponding granted citizenship will depend on:

Article 10 of the Romanian citizenship law

Another point to consider is that in the early twentieth century, Romanian territory covered several other countries such as Ukraine, Moldova, and Hungary.

You can also claim Romanian citizenship by descent if your grandfather or father was born in one of these Romanian-ruled regions that nowadays qualify as “lost territories”.

Article 10 primarily pertains to those who were former Romanian citizens but willingly gave up their citizenship. People who opted to leave from Romania in the twentieth century or before, for example. They and their descendants can now restore their Romanian citizenship up to two generations later.

It was simple to lose one’s citizenship back then. If your ancestor departed Romania, for example, under the Communist regime, their citizenship was immediately cancelled.

However, Article 10 applies if your ancestor left Romania after 1990, when the country became a free market economy, and later lost citizenship for any reason.

Furthermore, your ancestor’s ethnicity is not required. They could also be Hungarian, Jewish, Ukrainian, or of another ethnicity.

What you must prove is that your ancestor was previously a Romanian citizen.

Today, such Romanian emigrants and their descendants (including grandchildren) can reclaim their citizenship. The third generation can be included in the same application, but only if they are under the age of 18.

Article 11 of the statute applies to former Romanian citizens who lost their citizenship unwillingly as a result of Romanian territory changes throughout the twentieth century.

It is especially applicable to persons who lived between 1918 and 1940 within the borders of “Greater Romania,” Romania’s greatest region ever occupied.

However, as a result of World War II, Romania lost a large amount of its territory. As shown below, lost regions ended up in modern-day Moldova, Ukraine, and Bulgaria. 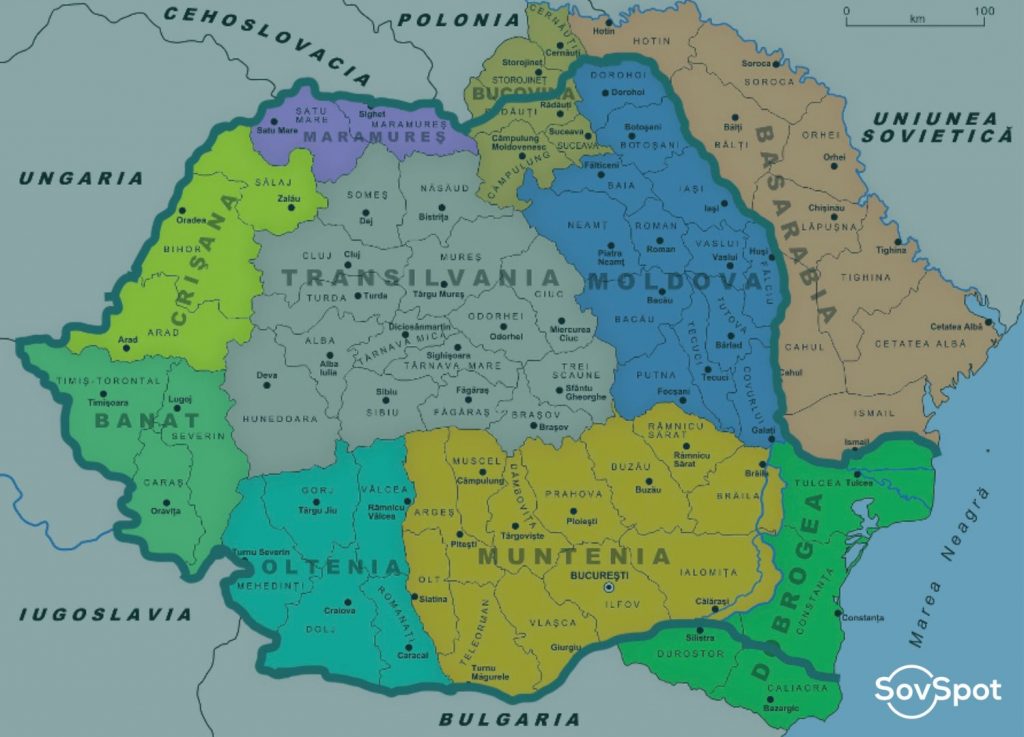 Residents in these areas have lost citizenship involuntarily, even if they technically were still Romanian citizens when it was still Romanian territory.

How to acquire Romanian citizenship by descent?

Once this information is established, the next step will be to prepare the relevant documentation. You will require written confirmation that your ascendant was born or lived in Romania before the 1930s.

Although birth certificates and civil status documents are public data in Romania, access to them is not accessible unless you desire to obtain your own birth certificate or marriage certificate. So you will need a legal team, law firm or a law office for that.

Aside from that, you’ll need to have your passport and civil status paperwork with legalized translations on hand. You will also need to prepare documentation for your spouse and children if you want to obtain Romanian citizenship.

Regardless of the option you pursue to Romanian citizenship, all documents must be translated and legalized.

Obtaining birth records or other legal documents in Romania can be a tough process, especially if you are not in the country or do not have any family there who can help you.

Other documents you’ll need include a criminal record from your home country and proof of income if you want to live in Romania. You must submit all of these documents after you have obtained them.

About the citizenship application procedure

You must apply for citizenship at the Ministry of Justice in Bucharest, the country’s capital, or at a Romanian consulate office.

Even if you employ expert assistance in Romania (which is recommended to gather all the Romanian documents), you will still need to travel there for the filing process. According to reports, the process takes about 18 months to complete. 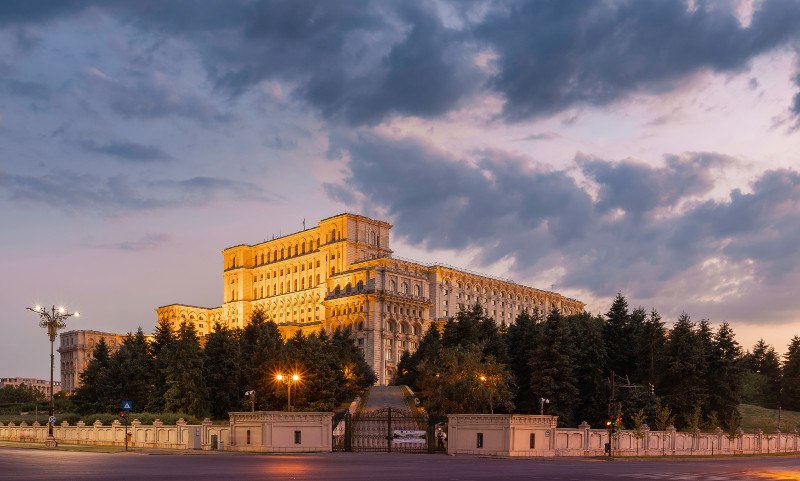 You can also apply in one of Romania’s consulates, but this adds an extra step and delays the acceptance process by around a year.

Romanian language and history tests are not required, but you must learn and administer the Oath of Allegiance in Romanian (two lines long) in front of a Romanian authorities or a Consular office (if you live abroad).

However, most service providers strongly advise learning at least some Romanian in order to have a good understanding or a basic dialogue with a Romanian official.

Unfortunately, only children under the age of 18 can be included in your application.

However, any children you have after becoming a Romanian will be Romanian citizens at birth, as stated in Article 5 above.

How many people could potentially obtain Romanian citizenship?

More than 7 million people are of Romanian descent and could technically apply for Romanian citizenship.

More than 7 million Romanians (including Moldova, Ukraine, Serbia, and Bulgaria) live in other countries. Furthermore, more than 3.5 million Romanians live outside of Romania, which has a population of approximately 19,7 million people.

This means that more than half of Romanians and individuals of Romanian heritage live outside of Romania. After the United Kingdom, Poland, and Germany, this is Europe’s fourth highest ranking.

Romania is one of the EU’s largest members.

Romania has been an EU member since 2007 and is one of the Union’s largest members. After the Second World War, worldwide migration in terms of Romanian population almost entirely reduced throughout the communist period, only to increase rapidly again with the events of December 1989, and especially after Romania entered the European Union on January 1, 2007. (over 500 000 people left Romania in that year).

Many people of Romanian heritage now have an easier path to EU citizenship and a Romanian passport through Romanian citizenship by descent.

Is dual citizenship permitted in Romania?

Romania also supports dual citizenship, so you won’t have to give up your current citizenship(s) if you want to acquire a Romanian passport.

Because Romania is a member of the European Union, Romanian citizens may freely travel and reside in any of the EU’s member countries.

The Advantages of Romanian Citizenship as an EU citizenship

European residents possess the world’s most valued passports. Romanian citizenship ranks 42nd in the globe, ahead of nations such as Israel, Croatia, Russia, Argentina, Mexico, Brazil, Uruguay, Paraguay, Venezuela, South Africa, and others.

As an EU citizen, you’ll find that traveling is lot easier and less expensive. You will not require a visa to travel within the EU.

You can lawfully study and work in the European Union, including Germany, France, Spain, Italy, the United Kingdom, and the Netherlands, without having to go through lengthy and expensive visa applications or requests for special authorization.

Furthermore, any higher education certification obtained in an EU member nation will be recognized and valid in all other EU countries.

The good thing is that if you have direct family members Romanian descent, or one or both parents is Romanian, obtaining an EU citizenship is relatively easy.

As an EU citizen, you will have automatic access to modern medical care and treatment in any EU country. Any minor children you may have at the time of your recognition as a Romanian citizen you will be recognized as and EU citizen as well.

If you and your partner intend to have a family, any children born after your recognition will have the status of Romanian citizens, even if they are born abroad (this opens the door to them having an additional foreign citizenship if you visit a jus soli country for the birth).

BowTiedMara is paving the mobility asset highway for the Sovereign Individual and writes about mobility options in the Digital Age and Latin American history on Substack and SovSpot.com. You can also contact Mara directly on Twitter.
PrevPreviousIndonesia’s 5-Year Digital Nomad Visa: Everything You Need to Know
NextSlovak citizenship by descentNext
Get The Latest Updates