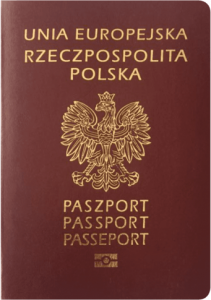 Citizenship in Poland by Descent

In essence, you must have at least one ancestor who:

A brief history of Polish citizenship by descent

Poland passed the Citizenship By Ancestry Act in 2004. Article 14 of the Polish Citizenship Act (unofficial English translation) states that a child will be granted Polish citizenship at birth if either of their parents is a Polish citizen at the time of their birth, regardless of where the kid is born.

These are the current rules. They used to be significantly different, as you will see below.

However, it is also possible to become Polish if your ancestors (those predating your parents) were Polish.

The new citizenship rules in Poland

The good news is that there are no rules dictating when your ancestor should have been born or when they should have left Poland. There is no limit to the number of generations that can exist between you and your Polish ancestor.

Furthermore, your ancestor does not have to have emigrated from modern-day Poland in order for you to qualify. Though they resided in a region that was part of Poland prior to WWII, that would also work, even if the territory has since been lost.

Ancestors could have been born outside of what is currently Poland

In this situation, you might demonstrate that your ancestor was Polish by demonstrating that they were born in Warsaw, for example, and possibly paid taxes there. Be aware that the program requirements of providing the proof for these cases are difficult and perplexing.

On the negative side, the Polish Citizenship By Ancestry scheme differs from the majority of the other countries we’ve covered in our series thus far. To be honest, the clauses and circumstances are a bit overwhelming. As a result, it is critical that you consult with an expert who can rapidly analyze your odds of success before beginning.

If your ancestors lost Polish citizenship, you can’t claim it back

In Poland, you cannot claim the citizenship that your forefathers lost many years ago. To be eligible, you must demonstrate that the Polish citizenship link has never been broken down through generations.

Your ancestor’s Polish citizenship must have been passed down through the family until it reached you. So, technically, the Polish Citizenship By Ancestry program only confirms that you have always been a Polish citizen, even if you and your parents were unaware of it.

You do not claim it back, thus there is no language or history test. Naturally, this disqualifies many people whose Polish ancestors lost their Polish citizenship before passing it on to their children for one of the several reasons listed below.

Still, given the perks of having a Polish passport, it’s well worth looking into if you have Polish ancestors. Poland’s legislation embodies many of the idiosyncrasies of this period’s laws, which were influenced in large part by the threat of war. That is why some exclusions, while first sexist or nonsensical, finally make sense.

As previously stated, the date of birth of your Polish ancestor is not crucial, and they may have left Poland as early as the nineteenth century. However, if their child was born outside of Poland before 1920*, he or she would not be granted Polish citizenship at birth. As a result, the citizenship chain is broken, and you would not be eligible (*In the year 1920, the first Polish Citizenship Act was passed, making inheriting Polish citizenship possible.)

How do I know if my ancestors have lost Polish citizenship?

However, there are other problems to be aware of, as well as several ways in which your ancestor could have lost their Polish citizenship.

There are many intricacies to the application. It is strongly advised to hire the services of a Polish lawyer who is experienced with the ancestral citizenship program.

COVID has also influenced processing timelines. The estimated application period has now been quadrupled to six months, which is still very realistic.

Applying for Polish ancestral citizenship will need a significant amount of research and work on your behalf, especially if you plan to accomplish it without professional assistance.

However, once you have your Polish passport, the effort will be well worth it. Furthermore, there will be no need to abandon your current citizenship(s), as Poland accepts dual citizenship without restrictions.

BowTiedMara is paving the mobility asset highway for the Sovereign Individual and writes about mobility options in the Digital Age and Latin American history on Substack and SovSpot.com. You can also contact Mara directly on Twitter.
PrevPreviousHow to get Swedish Citizenship by Descent
NextThe Costa Rica Rentista Visa: A Quick GuideNext
Get The Latest Updates