Do you have any ancestors that were born in Latvia? Perhaps a grandmother, parent, or other direct family member?

Latvian citizenship can be obtained under certain conditions outlined in the Latvian Citizenship Law. If you meet specific requirements, you can apply for a Latvian passport, which is an EU passport.

Because of Latvian immigration, hundreds of thousands of people with Latvian heritage now live outside of Latvia.

Large waves of Latvian migration occurred in the nineteenth and twentieth centuries. The majority of this diaspora is concentrated in the United States, Australia, and Canada.

People of Latvian heritage who have never been citizens of Latvia may apply for Latvian citizenship through a streamlined process, regardless of their present permanent residence. You can demonstrate Latvian ancestry by producing documents proving that one of your parents or grandparents is/was a Latvian.

Who is eligible for Latvian citizenship by descent? 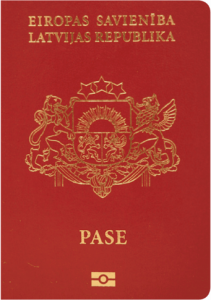 Many people can obtain Latvian citizenship through the descent or exile categories if their parents, grandparents, or great-grandparents were born in Latvia.

Since October 1, 2013, it has been possible to hold dual citizenship if the following conditions are met:

Latvian dual citizenship is permitted in the following circumstances:

It is not as easy to apply for Latvian citizenship as it is for some of the other citizenship by descent programs.

Before applying for Latvian citizenship by ancestry or through the exile category, it is advised to carefully review the documents that will be submitted to substantiate the application and to make sure that the Latvian authorities will be granting citizenship.

It is fairly usual for archive documents pertaining to an applicant’s ancestor to include contradicting information.

The procedures for gaining Latvia citizenship can be complicated, with numerous subtleties that are sometimes forgotten. Before applying for Latvian citizenship by descent, it is critical to confirm the legal strength of the original document or the accuracy of the document’s derivative.

When applying for Latvian citizenship, you must always provide the Citizenship Office with a number of supporting documents.

The process of preparing paperwork for dual citizenship in the event of Latvian citizenship reinstatement will begin with the collection of required documents and the search for missing ones. Such a search is frequently conducted at Latvian archives.

The search for records in Latvian archives could take 20 to 40 workdays. Following the collecting of the required papers, they must be certified according to the procedure outlined in the statutes, and if the documents are not in Latvian, they must be translated.

Unless specifically specified by Latvian international treaties or legal rules of the European Union, submitted documents issued in foreign nations must be validated by Apostille or legalized.

The following documents must be provided in order to gain Latvian dual citizenship:

What are the advantages of obtaining Latvian citizenship?

Having Latvian dual citizenship and a Latvian passport has numerous advantages, particularly if you are a non-EU citizen. And those advantages don’t only apply to you; they also apply to your entire family.

You can pass on Latvian/EU citizenship to your children, grandkids, and beyond once you become a Latvian citizen. Consider this: You will obtain all of the perks of an EU citizen. In Europe, your children can attend a free university.

The freedom to work, study, retire, and reside in any EU country for as long as you wish. Health care that is affordable. And a lot more. Because Latvia is a member of the European Union, all Latvians are automatically European Union (EU) citizens.

This implies that once your Latvian citizenship is confirmed, you will be entitled to all of the benefits and rights of an EU citizen.

You can live, work, travel, study, acquire property, and run a business in any of the 28 EU nations if you have Latvian citizenship by descent. After you receive your Latvian dual citizenship and Latvian passport, your eligibility is transferred to all of your children and descendants. 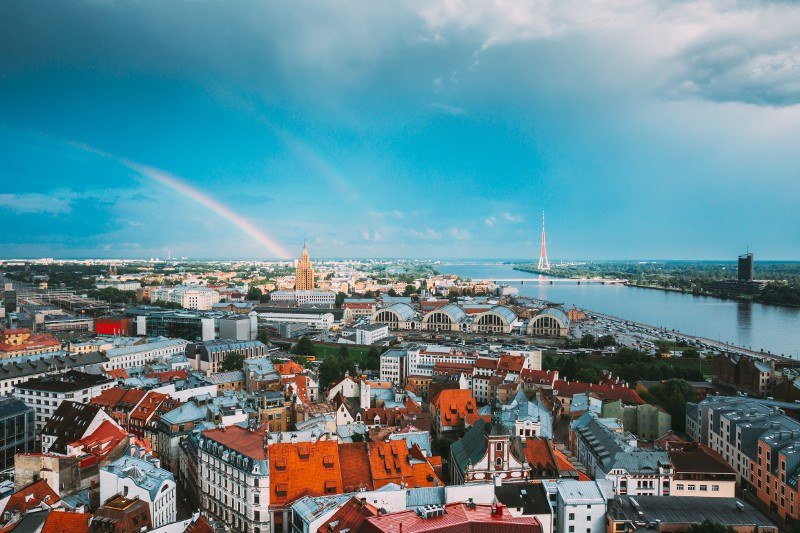 The cumulative prerequisites for applying for citizenship for descendants of exiles who left Latvia during World War II are as follows:

In other terms, two major facts must be established:

The applicant can demonstrate that his or her ancestor was a Latvian citizen on June 17, 1940, by either:

A declaration that includes the date and location of the ancestor’s departure from Latvia is proof that he or she is considered an exile.

Citizenship is granted subject to the completion of certain criteria. There are three cumulative prerequisites for Latvians and Livs:

Proving fluency in Latvian is a simple process, and some groups may be excluded from this criterion.

In practice, finding such documents is extremely difficult, and only a few persons have been able to locate relevant records in archives.

Another option is to provide proof that a person is a member of a Latvian community in their current location. It should be mentioned that such communities exist in many countries where Latvians immigrated during the occupation period, therefore this is the simplest way to demonstrate this point.

The final and most ambiguous option is to explain why it is not feasible to show that the ancestor belonged to the Latvian or Liv ethnic groups and to submit further certificates. This gives the applicant some leeway in demonstrating his or her Latvian or Liv ancestry to the Office of Citizenship and Migration Affairs.

Can dependents apply for Latvian citizenship by descent as well?

Only direct descendants are eligible. Spouses are ineligible for Latvian citizenship unless they are also of Latvian heritage. Spouses of EU citizens, on the other hand, may get temporary or permanent residency in Latvia or, under certain conditions, in another EU country if the EU citizen exercises his/her freedom of movement rights under EU regulations.

Our grandparents were Latvian citizens, however they departed the country before June 17, 1940. Can we still obtain a Latvian passport?

Yes, you may still be eligible for Latvian citizenship under the category "Descendant of a Latvian citizen," but because they left before 17 June 1940, your rights to retain dual citizenship as a citizen of Latvia will be determined by your current citizenship.

You will be entitled to maintain dual (many) citizenship with Latvia if you apply as a citizen of a "permitted nation." Brazil, New Zealand, Australia, and any NATO, EU, or EFTA member are all "permitted countries." Dual citizenship is permitted for citizens of any other nation if the applicant falls within the "Latvian exile" or "Ethnic Latvian" categories, or if the applicant is a minor.

Latvia allows dual (plural) citizenship with any country, subject to specific criteria. Dual citizenship is permitted if the foreign person applies for Latvian citizenship under the "Latvian exile" category because his/her ancestors were Latvian citizens who were compelled to leave Latvia between 17 June 1940 and 4 May 1990.

Will I be required to take a Latvian language exam in order to apply for Latvian citizenship by descent?

No, unless you apply as a "Latvian exile" or "Descendant of a Latvian citizen."

My Latvian-born Jewish grandparents were Latvian citizens. Latvia is where I was born. My family and I fled Latvia after May 4, 1990. Can we seek for Latvian dual citizenship?

If you are a citizen of Brazil, New Zealand, Australia, or any NATO, EU, or EFTA member and meet other qualifying requirements (for example, your ancestors were Latvian citizens on 17 June 1940), you can apply for dual citizenship even if you or your ancestors departed Latvia after 4 May 1990.

If you are a citizen of another nation, you can still apply for Latvian citizenship; however, you must renounce your current citizenship in order to get Latvian citizenship. However, we believe that the accurate interpretation of the notion of a "Latvian exile" should (subject to specific restrictions) include former Latvian nationals who departed Latvia after 4 May 1990 in order to leave the occupation rule. However, a court appearance will be required in this situation.

BowTiedMara is paving the mobility asset highway for the Sovereign Individual and writes about mobility options in the Digital Age and Latin American history on Substack and SovSpot.com. You can also contact Mara directly on Twitter.
PrevPreviousLithuanian citizenship by descent
NextPortugal golden visa alternativesNext
Get The Latest Updates