There are about 32 million Americans and 4.6 million Canadians with Irish roots. If you have an Irish grandparent or a great grandparent from Ireland, you can apply for Irish citizenship by descent.

Ireland’s nationality has become a global currency that is very valued. The Irish passport allows you a visa-free visit to US and Australian countries and permits you to live and work within the European Union.

Can I become an Irish citizen if my great grandparents were born in Ireland?

One of the most common questions people with Irish heritage ask is: How many generations can you go back for Irish citizenship? The direct answer is 3 generations, confirmed by the official Department of Foreign Affairs:

We process applications for Foreign Births Registration otherwise known as Citizenship by Descent. This can be a complex process that may require you to submit official documentation relating to three generations which may have been issued by several jurisdictions.

Irish citizenship is available to people with Irish family history dating back to their great-grandparent. If your Irish descent is more recent, for example because you have an Irish born parent, you will likely already have Irish citizenship, and if not, it is substantially easier to start the passport application process.

If you apply for the ancestry programme from Ireland, you must prove your family lineage through evidence. The basics are explained in more detail here, but for official instructions click this link.

The process of applying for citizenship in Ireland is based on ancestry and requires between 12-18 months to register.

There are four common ways to qualify for Irish citizenship based on ancestry:

The most common category for Ireland Citizenship is option 1, where the legal citizens of Ireland must visit the nearest Irish consulate for obtaining an Irish passport for citizenship.

Option 2 and 3 require registration with correct papers on the Foreign Birth Registration and wait around 12-18 months.

For option 4, it is necessary to obtain and maintain a resident permit for at least three years before being considered able to establish a solid relationship with Ireland. The decision can take at least 30 months.

Other options for Irish citizenship and Residency

Foreigners normally have five-year residency in Ireland to qualify for citizenship by naturalization (this would also be the route for investors applying to an investment visa that grants residency). 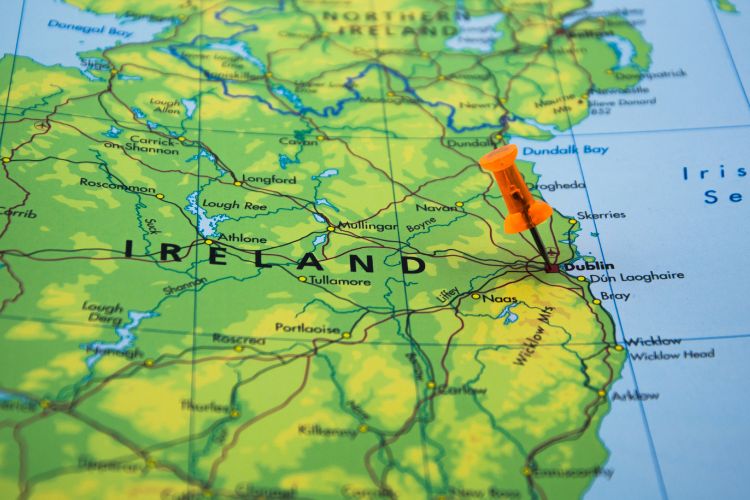 If you do not have Irish ancestry but would like to start the path to citizenship, one recommended route is applying to the Ireland Immigrant Investor Programme (also known as the Irish Golden Visa) for a 5-year resident permit.

This will allow you to strengthen your claim of a deep connection to Ireland while also allowing you to spend less time in Ireland. The Minister will decide if your physical presence is sufficient in relation to your position.

The Investor Visa requires only one day of residence per year to preserve your residency status, but in order to petition for citizenship, you must spend at least a few months in Ireland each year. You must invest at least €500,000 in Ireland to be eligible for the Ireland Immigrant Investor Programme.

Freedom to live in EU

Ireland is part of the European Union and under EU laws all EU citizens who live in one place can work and visit other EU countries without restriction. Ireland’s past is fairly peaceful. It lasted two world wars, was largely neutral in the aftermath and kept away largely from global politics and remained a very good place to relocate to.

It has cheap medical care (like many European nations) without compulsory services and has the lowest corporate tax laws in the world.

Citizenship in other countries?

Irish ancestry laws aren’t just the same as those in other countries. Although Italy and Spain have similar laws, it is also easy to gain 2nd citizenship. So for people with grandparents from these countries, we would recommend conducting further research (see all citizenship by descent countries here). You could even find the most sought after passport in Europe!

Ireland accepts dual citizenship and its passport is one of the most prized in the world. It provides visa-free travel to the United States and Australia, as well as unlimited stays in the European Union and the United Kingdom. The citizenship by ancestry program in Ireland is an excellent approach to obtain an Irish passport.

When you become an Irish citizen, your children automatically become Irish citizens as well. Your parents will not be granted Irish citizenship. Your spouse may be eligible for fast track naturalization after you acquire your Citizenship Certificate if you’ve been married for at least three years and she has resided in Ireland for the majority of those three years, with 12 months of continuous residency prior to her submission. 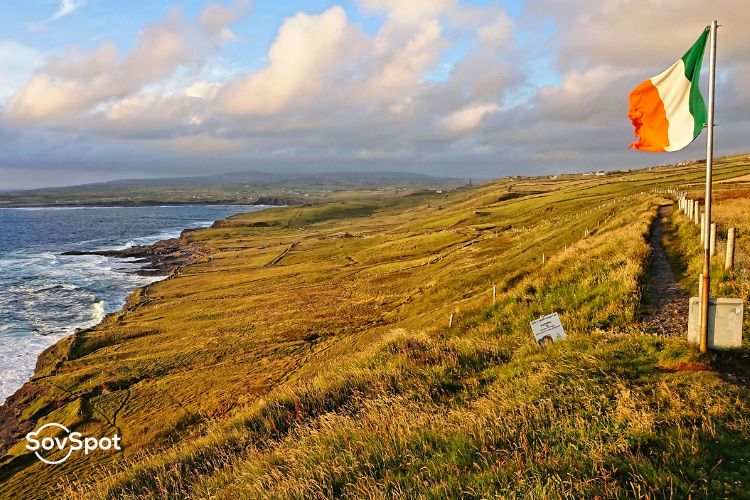 How many generations back can you claim Irish citizenship?

How long does obtaining Irish citizenship by Descent take?

It currently takes approximately 24 months to process a simple application for and to receive a decision about your citizenship.

Can I get Irish citizenship if my grandmother was Irish?

How much does it cost to apply for Irish citizenship by Descent?

According to the above mentioned conditions, the total fees vary based on individual Irish lineage and the specific events. The entire process is usually done at an estimated cost of approximately $1000, depending on the available documentation.

Can great grandchildren get Irish citizenship?

Irish citizen status based on ancestry and descent is available for people with Irish ancestry spanning from a great grandmother. The application procedure usually requires a five-year stay in Ireland before the person can apply for naturalisation.

What qualifies you for an Irish passport?

How many generations do you need for an Irish passport?

You can apply for Irish citizenship by descent up to the third generation. Applications are usually submitted where applicants seek absolute discretion in accordance with section 16 of the 1956 Irish Nationality Act.

Can I apply for Irish citizenship if I have an Irish cousin, uncle, or great-great-grandparent?

None of them are considered strong enough ties to qualify you for expedited naturalization.

Do I have to live in Ireland and be physically present to apply for Citizenship by Ancestry?

If you fall into one of the first three categories explained above, you won’t even need to visit Ireland. If you fall into category 4 the official site for the Irish ancestry programme says:

“An Irish association through a great-grandparent (or a grandparent where that grandparent obtained citizenship through naturalisation) and where there is no, or negligible, reckonable residency would generally be deemed insufficient to warrant recommending the Minister exercise absolute discretion to waive the statutory conditions under Section 15 of the Irish Nationality and Citizenship Act 1956, as amended and would result in a refusal.”

In plain terms, there is no time limit, yet the physical presence cannot be considered trivial. If you have a work permit, it is recommended that you stay for at least 180 days out of the year to make the case stronger for Ireland being your legal residence.

What is the Irish foreign birth registration?

The Irish foreign birth registration is a system whereby the Irish government keeps a record of people born outside Ireland to at least one Irish parent. This allows Irish citizens who were born outside the country to register their births with the Irish authorities and obtain Irish citizenship. The system was introduced in 2004, and over 10,000 people have registered their births under it. The Irish foreign birth registration is open to all Irish citizens, regardless of where they were born or whether they have ever lived in Ireland. It is a simple process that can be completed online, and it provides Irish citizens with a valuable way to connect with their roots.

What visa free access do Irish passport holders have?

According to the SovSpot Passport Ranking Index, the Irish passport is now ranked 7th. It allows anyone to travel to 190 countries without needing a visa and for 39 countries you would need a visa. With a very high mobility score, it is regarded one of the most sought passports in the world. Visa-free travel and visas on arrival are available in countries such as Brazil, Japan, the United Kingdom, the United Arab Emirates, and the United States, allowing for nearly rapid travel around the world.

Which documents proving my Irish ancestry do I need?

If you’re applying for Irish citizenship by descent, you’ll need to provide the correct documents proving your Irish ancestry. This may include birth certificates, marriage certificates, or death certificates for all your ancestors up to the one born in Ireland. You’ll also need to provide proof of your identity, such as a passport or government ID. Once you have all the required documents, you can submit your application to the Irish Naturalization and Immigration Service. If your application is approved, you’ll be invited to attend a citizenship ceremony, at which you’ll take an oath of allegiance to the Irish Constitution. After that, you’ll officially be an Irish citizen!

BowTiedMara is paving the mobility asset highway for the Sovereign Individual and writes about mobility options in the Digital Age and Latin American history on Substack and SovSpot.com. You can also contact Mara directly on Twitter.
PrevPreviousThe Costa Rica Rentista Visa: A Quick Guide
NextBirth tourism industry: most popular countriesNext
Get The Latest Updates