Even if you have never lived in Germany, you may be eligible to obtain German citizenship by descent if your parents or grandparents were German citizens.

German citizenship is earned and passed down primarily through ancestry from a German parent. The parent must be a German citizen at the time of the child’s birth.

Can I obtain German citizenship by descent?

Under German Citizenship Law, you are deemed a German citizen if your birth circumstances fit into one of the categories listed below. (As a result, if you are the child or grandchild of one of the people named here, you are eligible for German citizenship via descent.)

Although acquiring German citizenship by ancestry is possible, the requirements can be complex. 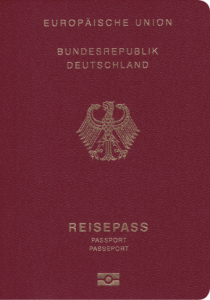 The Fourth Act Amending the German Nationality Act went into effect in August 2021. The new laws give children born to a German mother or father the ability to declare German citizenship if they were denied citizenship at the time of their birth owing to gender-discriminatory rules. These people’s descendants are also eligible for German citizenship.

More specifically, under the new standards, you are eligible for German citizenship if you were born before 1975 and did not acquire German citizenship because your German mother married your foreign father before to your birth (and consequently had to forfeit her German nationality).

Remember that these new restrictions are only in effect for ten years, beginning on the date they were implemented.

Citizenship through Descent for Holocaust Victims

The new German Nationality Act requirements also make it easier for Nazi victims and their descendants to get German citizenship. Individuals who surrendered, lost, or were denied German citizenship owing to political, racial, or religious persecution between 30 January 1933 and 8 May 1945 are eligible for German citizenship under these rules. This includes the following:

What If My Ancestors lost German Citizenship?

If your parents or grandparents lost German citizenship, they may be eligible to restore it under new German nationality regulations that go into effect in August 2021. These regulations apply to anyone who has lost or been denied German citizenship as a result of persecution or gender discrimination.

Many Jewish Germans, for example, were forced to give up their nationality as they escaped the Nazi authority during WWII. Similarly, many children were never able to assert their right to German citizenship because of gender discriminatory regulations in place at the time of birth.

Those people, as well as their immediate descendants, can now reclaim their German nationality simply by declaring it.

Individuals who are able to restore their German citizenship include:

Former German citizens who lost their German citizenship due to political, ethnic, or religious reasons can now restore it, according to German Nationality Laws. This includes the following people:

How to Regain German Citizenship via Descent

If you meet all of the conditions, the Federal Office of Administration will determine your eligibility. If you answer yes, you will be given a certificate confirming your acquisition of German citizenship by declaration (Urkunde über dem Erwerb der deutschen Staatsangehörigkeit durch Erklärung).

Please keep in mind that if you or an ancestor are eligible for German citizenship by declaration, you have a 10-year window from the date the law was passed. As a result, the deadline for declaring German citizenship is August 19, 2031.

Although it sounds simple and quick in theory, sorting through heaps of documentation and dealing with German bureaucracy can be a scary notion. A qualified immigration attorney can help you navigate the procedure of recovering your German citizenship.

How Do I Establish My Eligibility?

• Submit any other documents that demonstrate your eligibility for German citizenship, such as former German passports.

• Show that you have not lost your citizenship after previously obtaining it.

• Establish that you are not a German child who was born outside of Germany after December 31, 1999 and was not registered in accordance with Section 36 of the Civil Status Act.

• Demonstrate that you have no criminal convictions.

• Fill out any forms necessary by the Federal Office of Administration.

One of the most important aspects of your citizenship application is the supporting documents. If properly completed, they can significantly speed up the entire procedure, allowing you to acquire your citizenship certificate sooner.

It will take two to three years from the time you submit your completed application to the Federal Office of Administration to acquire your certificate of German citizenship.

Before you can apply for German citizenship by descent, you must have all of the necessary documentation. The documents differ depending on the situation, however they all include:

• A certificate of good behavior from your home country.

• Evidence of impunity You must demonstrate that you have no prior convictions for jail or young sentences of two or more years, nor have you been subjected to preventative custody.

• Proof of German citizenship holding or loss (if applicable).

• Evidence of acquiring or holding other citizenships (if applicable).

• Change of name certificate (if applicable).

• Evidence of custody (if applying with children up to 16 years).

Original documents or notarized copies of yourself and all your ancestors must be submitted. You must get some documents translated and stamped by a professional translator if they are not in German or English.

Before processing your application, the German Federal Office of Administration (BVA) will notify you of any further papers you must submit.

The Cost of Obtaining German Citizenship Through Descent

There are no administrative or processing expenses associated with obtaining German citizenship by descent. This does not include any expenditures incurred as a result of legal advice, translations, notarizations, or sending documents.

Is it possible to have dual nationality in Germany?

BowTiedMara is paving the mobility asset highway for the Sovereign Individual and writes about mobility options in the Digital Age and Latin American history on Substack and SovSpot.com. You can also contact Mara directly on Twitter.
PrevPreviousSlovak citizenship by descent
NextSpanish citizenship by descentNext
Get The Latest Updates