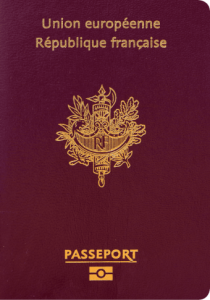 The procedure for obtaining French citizenship by ancestry is rather simple. While foreign persons normally go through rigorous and lengthy naturalization processes to get French citizenship, those fortunate enough to have French ancestry may be considered French citizens without ever recognizing it.

Simply put, a person is French if one of his parents is a French citizen. Link This is true regardless of the applicant’s birthplace, lack of ties to France (whether economic, residential, or otherwise), or French language proficiency.

Children adopted by at least one French parent may also be entitled to claim French citizenship provided their ties to their biological parents were severed before the age of 18.

Individuals with French grandparents, in particular, may claim French citizenship if at least one of their parents successfully registers as a French citizen before they do.

With over 20 million people worldwide reporting French ancestry, it is possible that an astounding number of people could qualify to apply for French citizenship if they delve deeply into their family histories and demonstrate an uninterrupted lineage with a qualifying French ancestor.

The process of acquiring French nationality by descent

To obtain a first French passport, you must first apply for a certificate of French nationality by submitting a French citizenship by ancestry application.

If granted, a certificate of French nationality will be issued, paving the way for an application for French citizenship and the issuance of a French passport.

It is important to highlight that in order to obtain French citizenship through ancestry, you will be faced with some uncertainty because the immigration authorities may reject your application if they discover that your parent lost his citizenship before you were born.

About French Citizenship through Descent

Historically, the notion of jus soli, which means “right of land,” has controlled French citizenship.

The same rule regulates citizenship in the United States, where any child born on the country’s territory, regardless of their parents’ nationality, instantly receives nationality.

However, when it comes to citizenship, France has gradually drifted away from jus soli and toward jus sanguinis, or the “right of blood.”

It’s all part of the increasingly politicized drive to prevent the children of immigrants from gaining French citizenship simply because they were born in France.

They can become French citizens in a variety of ways, but it is not automatic.

Since France made steps to make gaining citizenship more difficult, its citizenship by descent program has grown in popularity.

A person can become a citizen of the country through his or her parents, according to its rules.

Unfortunately, France only permits you to ‘go back’ one generation, whereas countries such as Ireland allow anyone who is even somewhat Irish to petition for citizenship by descent.

However, if you are fortunate enough to have a French parent and wish to obtain French citizenship, you will still need to demonstrate your eligibility.

It should be rather simple, however, because all you need is proof showing your parents’ French identity.

However, if your French parent is estranged or you have no way of locating him or her, it can be slightly more difficult. You’d have to rummage through archives to find some paperwork or proof that you have ties to France. 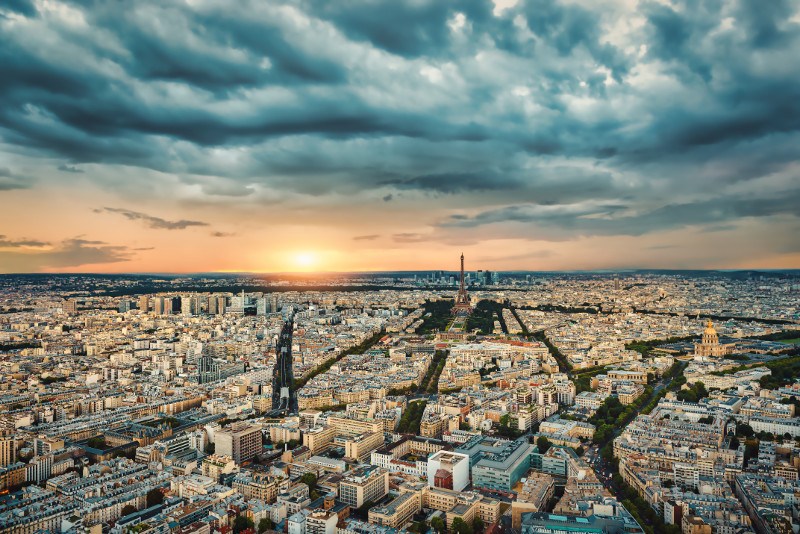 Benefits of French citizenship by descent

“When one considers the advantages and perks that French citizenship entails,” Mr. Harvey said, “the current spike in enquiries for French citizenship-by-ancestry is scarcely surprising.” Being French not only allows you to live, work, and study in France and all 27 EU member states without a visa, but it also gives you access to the French passport, which will be the world’s third most powerful passport in terms of travel freedom in 2022.

In times of emergency, such as those triggered by COVID-19, French citizens have the right to seek assistance from the French government or any other EU member state’s embassy.

Could you be French and not realize it?

That is exactly how it works in terms of qualifying for citizenship by investment.

You may be aware that you have French ancestors but were unaware that this could make you eligible to seek for French citizenship – until today.

So, under what circumstances would you be eligible for French citizenship through ancestry?

There are several of them:

If you fall into one of the aforementioned categories, you may be able to petition for French citizenship by descent.

However, keep in mind that in France, all generations must be registered as citizens before you can apply for your own.

For example, if your parent has French ancestors through their own parents, they would have to seek for citizenship before you could get yours.

Similarly, if you have children, you must first register and get your French citizenship before applying for their respective French passports.

You will not be eligible for citizenship if you or your parents have had no contact or links with French authorities for 50 years (such as passport renewal, voter registration, or consular registration) and have lived outside of France.

In other words, if your parent(s) have severed all ties with France, and you have as well, France will not entertain your citizenship application.

This makes France one of the most difficult countries to obtain citizenship by descent from.

However, if you can demonstrate recent cultural, professional, economic, family, or military ties to the country, you have a fighting chance.

Gathering the paperwork that verify your eligibility, as with any citizenship by descent program, is perhaps the most difficult element of the entire procedure.

And the weight of proof is all on you, so you must build a strong case for them to make a favorable decision.

The certificate of French nationality is what you will be requesting for. It is a government-issued document that can be used to confirm your French citizenship. To receive it, contact the Department of Nationality for French People Born and Established Outside of France.

You will have to provide the following documents to them when submitting your application for a certificate of French nationality:

Unless the applicant is unable to travel due to specific circumstances, the application must be submitted in person. Certain courts will accept documentation via mail in this scenario.

There are two additional requirements that genuinely make France one of the most difficult countries to get citizenship in:

This nationality is not something you will be able to obtain without putting out any effort.

While many other nations do not require you to speak the language or even pass a cultural test (for example, Croatia just repealed its culture test), France is not one of them.

Unfortunately, the culture and language tests are not something that can be done for you, so you must decide whether you need the French nationality severely enough to spend time learning.

You will be eligible to apply for a French travel document – a passport – as soon as your citizenship application is granted. Here’s all you need to know about applying for one.

If your application is denied, you can file an appeal by contacting the Ministry of Justice directly.

French Ancestry is a prerequisite for French Citizenship by Descent

There are, however, restrictions on French citizenship by descent. According to Article 30-3 of the French Civil Code, a person is not granted French citizenship if neither the person nor their French parent has any ties to France.

Such linkages include renewing a French passport, voting registration, and French consular registration when residing outside of France.

Obtain a French Passport through naturalization

After five years of continuous residence in France, a person over the age of majority may apply for French nationality via naturalisation.

During this time, the person’s primary source of income must be in France in order to be eligible to acquire French citizenship.

For applicants who have served in the French military or are refugees, the residency time may be totally eliminated. If the person’s residency time is completely waived, they must have lived legally in France for the two years preceding the application for naturalisation as a French national.

Otherwise, the residence period may be reduced to two years if the person has completed two years of higher study and successfully obtained a French certificate, or has significantly assisted France by their talents and qualities.

Only individuals who are regarded to be integrated into French society and accept its principles are eligible to become a naturalized French citizen.

The applicant must also be of good character: they must not have committed any criminal offense that resulted in a term of six months or more in prison, nor have they committed any tax evasion offences.

The spouse of a French citizen may seek for French citizenship. They must produce proof that they have been married for five years and have lived together. The applicant must be fluent in both spoken and written French, and both parties must be present to sign paperwork in person.

BowTiedMara is paving the mobility asset highway for the Sovereign Individual and writes about mobility options in the Digital Age and Latin American history on Substack and SovSpot.com. You can also contact Mara directly on Twitter.
PrevPreviousCzech citizenship by descent
NextAustrian citizenship by descentNext
Get The Latest Updates