The new law would only let CBI-origin citizens of a treaty country apply for E1 and E2 visas if they have been “domiciled” in their new country for at least three years.

The National Defense Authorization Act, an omnibus bill that authorizes the continuation of a wide range of federal programs and spending, is about 2,000 pages long.

None of the minimum investment amounts (for the E2 this has to be a significant amount, no predefined amount) or existing rules changed.

However, the section of the law that expressly applies to E2 visa modifications is the rather brief Section 5902:

(b) Modification of Eligibility Criteria for E Visas.–Section
101(a)(15)(E) of the Immigration and Nationality Act (8 U.S.C.
1101(a)(15)(E)) is amended–
(1) in the matter preceding clause (i)–
(A) by inserting “(or, and who has not previously been granted status under this subparagraph, the foreign state of which the alien is a national and in which the alien has been domiciled for a continuous period of not less than 3 years at any point before applying for a nonimmigrant visa under this subparagraph)”
before “, and the spouse”; and
(B) by striking “him” and inserting “such alien”; and
(2) by striking “he” each place such term appears and
inserting “the alien”.

The phrasing clearly indicates that the law’s goal is to dissuade CBI jurisdictions from leveraging E2 access as an extra value proposition in program promotion. However, the law is wide enough to allow for interpretation and it is unclear how it will impact current visa applications or processing times. 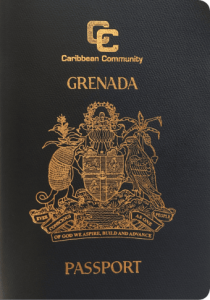 It is unclear what this means for Grenada’s CBI program, but it is likely that this shortcut will not be available in the future unless the CBI investor first resides on the island for at least three years.

We wrote about the Grenada E2 visa route that allowed Russian nationals to evade sanctions here.

This requirement is likely to impede the growth of a country’s CBI program, especially if that country is Grenada, whose programs don’t need applicants to visit or live in the island nation. Unrestricted access to the E-2 Visa is one of Grenada’s programs’ primary selling advantages.

The interpretation of the two phrases by the US government will be critical in determining whether countries such as Grenada, Turkey, or Montenegro may continue to utilize their E2 treaty status as a selling feature for their citizenship by investment program.

Both the legal systems of the United States and Grenada are founded on common law, which historically interprets the term “domiciled” (typically in connection with tax issues) as the country in which the individual “belongs” and makes their permanent home. In practice, determining one’s nation of residence usually entails making a qualitative case.

The Grenada Donation is not an “Investment”

It’s unclear how the US government will define “financial investment.” To characterize an unrecoverable donation to Grenada’s National Transformation Fund – which expressly excludes the possibility of earning any financial returns – as a “investment” (financial or otherwise) would require defining the term in a fundamentally new way.

BowTiedMara is paving the mobility asset highway for the Sovereign Individual and writes about mobility options in the Digital Age and Latin American history on Substack and SovSpot.com. You can also contact Mara directly on Twitter.
PrevPreviousHungary Digital Nomad Visa
NextParaguay Residency Changes 2023Next
Get The Latest Updates