What is birthright citizenship?

Birthright citizenship is the practice of granting citizenship to children born in a country, even if their parents are not citizens. The concept is based on the Latin phrase jus soli, which means “right of the soil.”

Birthright citizenship is enshrined in the U.S. Constitution, and it is also practiced in many other places around the world. In most of the Americas, citizenship is automatic for newborns, while in other jurisdictions it may be granted through a formal process. In either case, birthright citizenship ensures that all children have a right to a nationality and the associated protections.

The United States and Canada are the only ones in the “first world” that provide unconditional citizenship to children born in the territory, but a quick search reveals that there are lots of other wonderful places to reside that do as well.

The so called birth tourism industry is a booming business that caters to pregnant women who want to come to the United States or other nations to give birth there, for the primary purpose of obtaining citizenship based on jus soli for their child.

The industry provides everything from travel and accommodation services to guidance on how to obtain a birth certificate and passport for the baby. Birth tourists typically travel to countries with birthright citizenship laws, which grant nationality to babies born on their soil, regardless of the parents’ citizenship status. This is in contrast to most European nations, which only grant citizenship to those born to European citizens.

As a result, these passport seekers see coming to the United States as a way to ensure that their child will have US citizenship and all of the benefits that come with it, including access to education and healthcare. The birth tourism industry has come under scrutiny in recent years, with some critics accusing it of exploiting pregnant women and putting their health at risk. However, there is no evidence that birth tourism is harmful to either mother or child, and the industry continues to grow in popularity.

Is birth tourism a legitimate activity in the US? 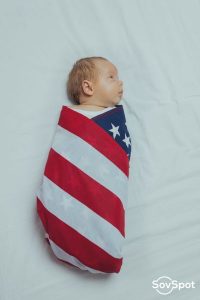 The practice is legal in many jurisdictions, but in the United States birth tourism is illegal. The State department in the US is concerned about national security and immigration fraud when it comes to birth tourism.

Under the modified visa rules for the b nonimmigrant visa regulation, U.S. consular officers overseas will deny any B visa application from an applicant who the consular officer believes is traveling primarily for the intention of giving birth in the United States in order to obtain American citizenship for their newborn.

Visitor visas and tourist visas are not meant for expectant mothers who are coming to the US solely to give birth. However, it is not uncommon for pregnant women to try to enter the country on temporary visas. If they are caught, they can be denied entry and may even be banned from returning to the US in the future. Technically this is seen as visa fraud.

There have been a few high-profile cases of birth tourism involving Chinese citizens in recent years that would pay for a complete package including maternity hotels, which has brought more attention to the issue. In some cases, women have been arrested by officials and deported back to their home countries. Others have been able to give birth in the US without any problems, obtaining U.S. citizenship for their babies.

The issue of birth tourism is a complex one, and there is no easy solution. For now, expectant foreign nationals who are considering traveling to the US for the sole purpose of giving birth should be aware of the risks involved.

What about birth tourism in other countries? 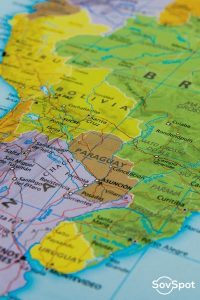 There are a number of nations that provide jus soli, or birthright of the soil, to people who want to provide their offspring with a second or third citizenship so it will have more options later in life.

Any child born on that country’s territories becomes a citizen at birth, and the practice is legal in dozens of places. So, which countries automatically issue a passport and citizenship to newborns there, regardless of their parents’ nationality?

Ireland revised its constitution nearly two decades ago to discontinue its habit of becoming the last European country to provide unconditional citizenship to children born to two foreign parents. Malta had already updated theirs as well to end jus soli for births on its soil altogether. Other places, such as Australia, have enacted similar legislation.

However, if you follow present birth tourism options, you can forego dual citizenship and provide your child with numerous citizenships.

Here is the complete list of the finest nations to give birth in if you are looking for birth tourism choices, excluding jurisdictions where the practice is currently prohibited or where nonimmigrant visa regulation makes it practically impossible.

*In order for a child to be born with the Chilean nationality, both parents must have a temporary or permanent residence in Chile at the time of the birth.

**As of September 2020, Portugal is just a few procedures away from expanding its jus soli laws, which award newborns on Portuguese soil birthright citizenship. Children born in Portugal to foreign nationals can currently become Portuguese citizens at birth provided at least one parent has lived in the country for two years or more. The proposed law would shorten that time frame to one year. This is an especially appealing change for Golden Visa investors in Portugal, as they will now be able to give their children Portuguese nationality after only one year of residency once the amended regulation comes into force.

What countries are good options for birth tourism?

This all depends on your current nationalities and which ones you will be able to pass on to your child next to the new citizenship obtained by being born in a birthright country. It also depends on if you need to request an additional visa just to visit the country (in those cases, an advanced pregnancy might be an issue).

Outside of Canada and Chile, none of these citizenships will grant your child visa-free access to the USA. However, since you’re reading this, you might see it as an advantage rather than a disadvantage.

For example, Dominica and St. Kitts and Nevis, charge six-figure fees for their CBI programs and even charge for your children to acquire a passport. Belize used to offer citizenship by investment programs, and is also an appealing birth tourism destination.

Panama, Brazil, Mexico, and Argentina are particularly well-known for their high-quality medical care, featuring world-class facilities that make giving birth not only easy but also significantly cheaper than in any other Western country.

Several nations on this list give the ability to fast track your own citizenship as the parent of a local child. Most other nations will expedite the naturalization of the parents, allowing you to obtain the same citizenship as your child in two to seven years.

Before taking any action, make sure you search for the most up-to-date information from foreign governments, as a number of them have decided to end birthright citizenship, including Australia, New Zealand, Ireland, France, Malta, the Dominican Republic (which resulted in tens of thousands of deportations), and India. In some places it might be harder to get medical treatment, depending on your insurance coverage.

What are some good passports to obtain via jus soli? 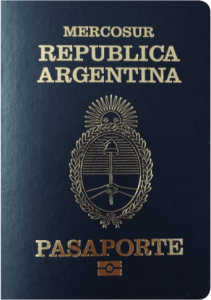 Surprisingly, some of these options provide quite decent passports. Passport holders from Argentina, Costa Rica, Mexico, Panama, St. Kitts and Nevis, Uruguay, and Venezuela can travel visa-free across Central and South America, as well as Europe’s borderless Schengen Area and practically every country in Europe.

Some even provide travel benefits to nations where westerners do not have visa-free entry, such as Russia (Brazil and Argentina, including a few others).

BowTiedMara is paving the mobility asset highway for the Sovereign Individual and writes about mobility options in the Digital Age and Latin American history on Substack and SovSpot.com. You can also contact Mara directly on Twitter.
PrevPreviousComplete guide to Irish citizenship by descent
NextWorst passports for visa-free travel: top 10Next
Get The Latest Updates