Ethnic Armenians are eligible for citizenship without meeting any language or residency criteria. It should be noted, however, that some statutory standards must be satisfied in order to demonstrate Armenian ancestry (up unto the 2nd generation).

In the words of the Armenian government:

Ethnic Armenians qualify for citizenship without having to meet any language or residency requirements. You should note, however, that certain requirements have to be met to establish Armenian origin. Having an Armenian name or speaking Armenian fluently is not by itself sufficient.

You must submit documentation proving that you are (or that your parent or grandparent were) an ethnic Armenian, but it is not required to speak the Armenian language.

The most typical method is to present a baptism certificate issued by a church institution confirming Armenian heritage.

In some countries, the Armenian ethnicity may be acknowledged in government papers (e.g. birth certificate, family records etc.).

The Armenian National Security Service (NSS) issued proposed revisions to the Citizenship Law on July 13, 2022, making it more difficult for ethnic Armenians to petition for the Armenian nationality.

The NSS specifically advises limiting citizenship eligibility to ethnic Armenians who have spent at least 60 days in Armenia in the last two years.

It is unclear when or if these amendments will be authorized. However, it is fair to expect the proposed (or comparable) limits to be implemented by the end of 2022.

The statute does not specify which documentation must be provided to prove Armenian ancestry in order to acquire citizenship. This could be a statement issued by the local Armenian community or another organization. However, the documentation must be authenticated (legalized) by the Armenian embassy/consulate in the nation where it was issued.

The Armenian embassy, for example, must validate the baptism certificate before it may be used to seek for citizenship.

Please keep in mind that ethnic Armenians are eligible to citizenship after relocating to Armenia under Article 47 of the 2015 Constitution.

Because the Citizenship Law has not yet been brought into compliance with the Constitution, this limitation is not yet applicable. This is why it is best to file your petition as soon as possible to take advantage of current, more permissive legislation that does not yet require a move to Armenia.

How to Obtain Armenian Citizenship by descent 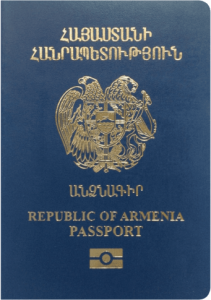 If you have Armenian ancestors (and can prove it), you may be able to obtain Armenian citizenship by descent.

As we noted above, it is best to move quickly before the new law kicks in. The application and passport expenses are approximately $2 each, so you will spend less than $5 to obtain Armenian citizenship.

While travel, a lawyer, and other expenses can mount up, the entire procedure can be completed for less than $5,000, including flights.

In general, obtaining citizenship through descent is not difficult.

The most time-consuming aspect of the process is acquiring the necessary documents to verify your ancestry. The length of time depends on how much research you’ve done and your ties to your Armenian ancestors.

However, proving your Armenian lineage is more complicated than simply having an Armenian surname or speaking fluent Armenian.

To be eligible to apply, you must have verifiable proof of Armenian origin. Once you have such proof, the rest of the process is simple.

You’ll need to visit Yerevan twice, attend a few meetings, and fill out some paperwork, but you won’t have to jump through as many hurdles as you would if you were applying for US citizenship.

Should I Apply for Armenian Citizenship by Descent if I Have Armenian Ancestry?

In this section, we’ll look at the process of obtaining Armenian citizenship by ancestry, the documentation you’ll need to give, and what to expect when you visit Yerevan to obtain your Armenian passport.

If you have the necessary documents, the process is pretty simple, and you won’t have to worry with residency requirements or citizenship tests when applying for your Armenian passport. It’s also reasonably priced, and you’ll have your passport in less than a year.

Armenian citizenship provides numerous advantages in and of itself.

You’ll be able to take advantage of outstanding investment opportunities in the country more quickly, and you’ll be able to travel visa-free to many places that aren’t as welcoming to citizens of Western countries, like Russia and China.

The only issue about obtaining Armenian citizenship through ancestry is the country’s required military service obligation.

If you’re in your twenties, you might want to wait until you’re a little older before applying for an Armenian passport. If you have children, they might want to do the same.

Despite this disadvantage, obtaining Armenian citizenship by descent can be a great choice if you have Armenian ancestors or Armenian ethnicity.

When compared to other second passport choices, the potential cost in terms of time, money, and effort is extremely cheap. 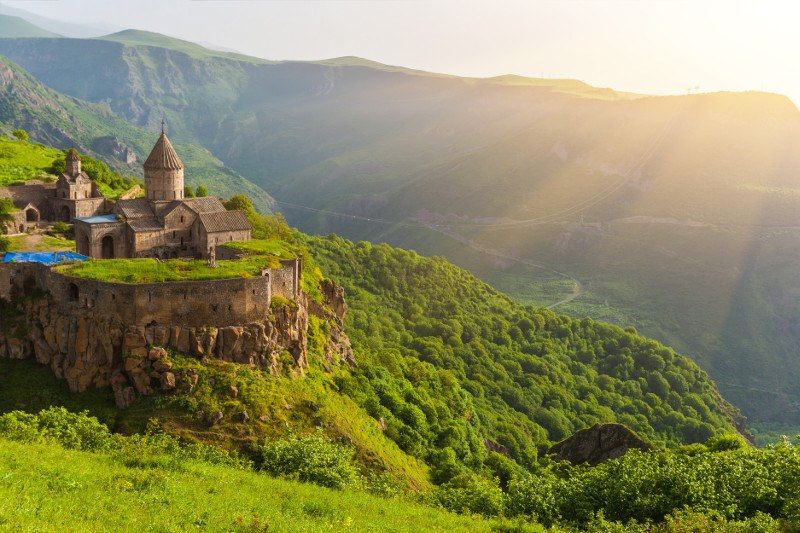 The Armenian passport is a significant document that allows visa-free travel to 65 countries, including locations where Western people have limited access, such as Russia, China, Iran, and Uzbekistan. Becoming a dual citizen of Armenia provides you with a “insurance policy” in case you need to leave your country due to economic or political concerns, if you want more privacy, if your first passport expires, is lost, or is confiscated, or if you decide to renounce your existing citizenship. Armenian citizenship can be passed down or surrendered to future generations.

In the Republic of Armenia, you can become an Armenian citizen on the basis of the principle of ius sanguinis and, in limited situations, on the basis of ius soli and by naturalization.

Armenian citizens have the right to get citizenship in another nation or countries while retaining their original citizenship.

A number of countries have agreements with the Republic of Armenia on controlling dual citizenship issues, such as avoiding double taxes.

BowTiedMara is paving the mobility asset highway for the Sovereign Individual and writes about mobility options in the Digital Age and Latin American history on Substack and SovSpot.com. You can also contact Mara directly on Twitter.
PrevPreviousPortugal golden visa alternatives
NextLiechtenstein citizenship by descentNext
Get The Latest Updates